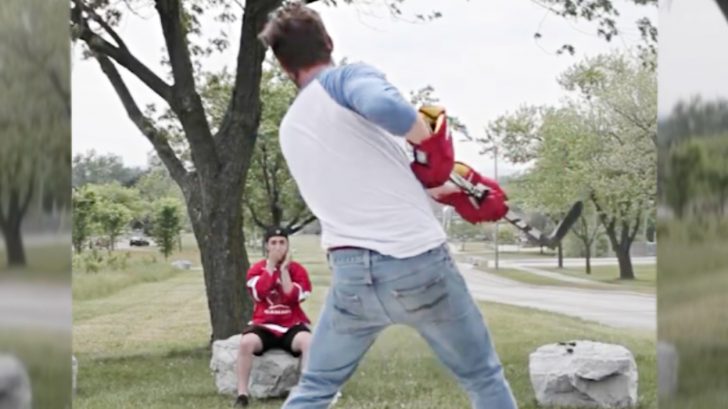 Barstool Sports tweeted a video initially created by Spencer Jenkin. In the clip, two young men introduced viewers to the “hockey trust shot.” The demonstration of trust involves one person sitting with a beer can on their head while a friend attempts to knock the beer off by taking a shot with a hockey puck.

During the video, Spencer joked that he hoped not to “kill” his friend, but fortunately, the young man made a perfect shot. Afterward, Spencer and his friend celebrated the victory by throwing their fists in the air.

“The hockey trust shot. Glad you made it out in one piece buddy @dm_creative,” Spencer wrote on his Instagram page.”Please don’t try this at home.”

Despite the risk for injury, viewers were impressed by Spencer’s incredible aim. Barstool Sports tweeted that the short clip was the “most Canadian 18 seconds of all time” in a share that has since gathered over 100 thousand views.

Watch the viral video below.

Watch another hilarious attempt at the “hockey trust shot” in the following video.