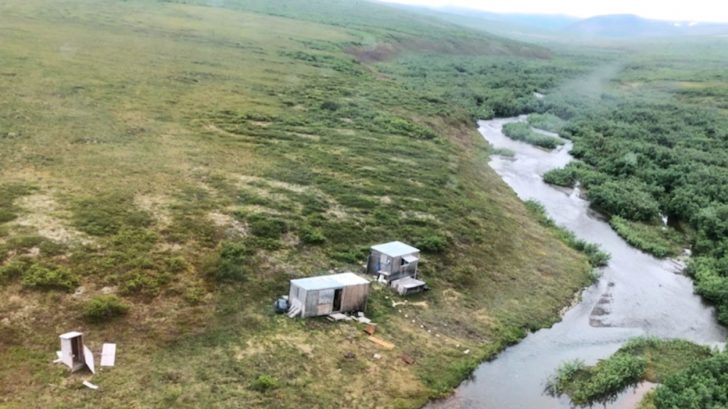 A man stationed in a remote park of Kodiak, Alaska had a seven-night battle with a grizzly bear and lived to tell the tale after being rescued.

The man was in his late 50s or early 60s and was working and staying in a small mining shack when a grizzly bear ripped the door off of his shack. The bear attacked him and, at one point, drug him down to the nearby river.

“The man reported that the bear had returned to his camp and harassed him every night for a week straight,” the Coast Guard said, according to NBC.

The Coast Guard found him after flying over the shack and seeing the words “HELP ME” on top of the shack. The location had no cell reception and when he didn’t make it home, his friends in his hometown of Nome, Alaska reported him missing.

“We don’t really come across people in the middle of nowhere,” Lt. A.J. Hammac told the New York Times. “He was kind of struggling. When we came around, he was on his hands and knees waving a white flag.”

After landing, they found the man injured, sleep-deprived, and running out of ammunition. One of his legs was wrapped in tape, he only had two bullets left in the chamber, and he appeared to be coming off an adrenaline high from a battle with the bear the night before.

“He had a pistol,” helicopter pilot Lt. Cmdr. Jared Carbajal said, according to Global News. “He said that the bear kept coming back every night and he hadn’t slept in a few days.”

According to Petty Officer First Class Ali Blackburn, a spokesperson for the Coast Guard, he would not have survived much longer if he had not been rescued. He was flown to the hospital where he was treated for his injuries.