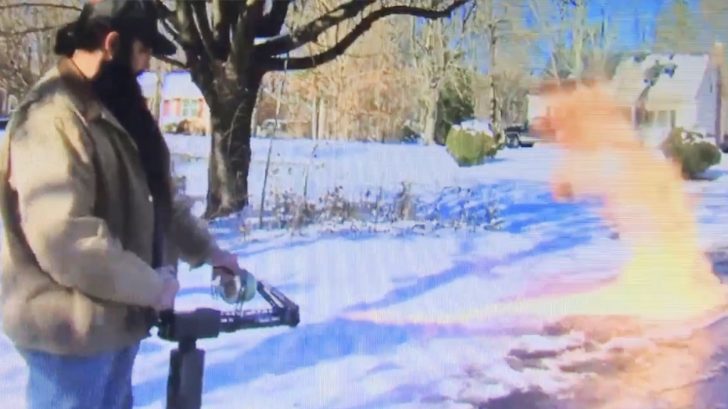 With a majority of the country in a polar vortex, we couldn’t think of a better time to inform you all about a new way to shovel the snow near your house.

While snow plows clear the roads so cars can drive, each resident is responsible for shoveling their own driveways and paths leading to their houses. Shoveling snow is a tedious chore, but it needs to be done. Some people enjoy it, but mostly it’s frustrating because of how cold it is, how much work it is, and how slippery it can get outside.

One man in Virginia decided he was not going to shovel snow after a January 2018 snow storm. Instead, he brought out his trusty flamethrower to do the job.

Fired up about snow removal. pic.twitter.com/fOrhVohCvE

Nathanael Caplinger told WSET that he researched “the state and local laws and [consulted] with local officials” about using a blowtorch to melt snow instead of shovel it.

While he said his method worked extremely well, he gave warning to others who want to try it.

“Make sure there’s no flammables nearby,” he said. “Make sure it’s only what you want to burn, make sure afterward hang out for about a half hour, make sure nothing reignites.”

According to the WSET news report, a safety official in Caplinger’s area said the flamethrower method isn’t for everyone and if you’d like to try it, make sure to consult your local officials before doing so.

Turns out Caplinger isn’t the only one who now uses the flamethrower/blowtorch method!