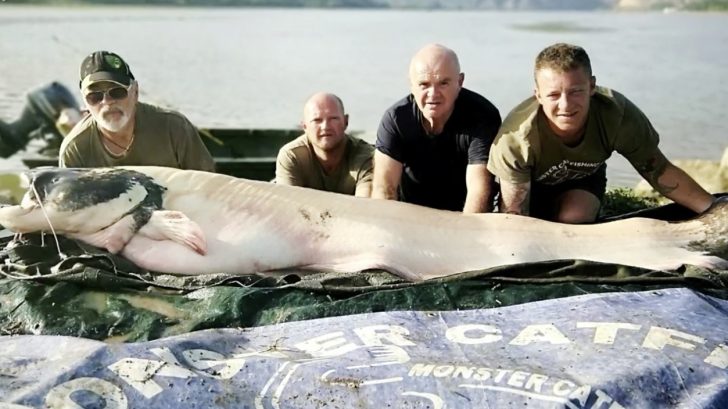 A United Kingdom man by the name of Robert Webb is going down in the record books for his massive catch.

Webb was fishing on a multi-day catfishing tour in Spain when he was about to give up because he hadn’t yet caught anything huge. Good thing he didn’t give up because on the last day of the excursion, he reeled in a 230-pound catfish.

He wrestled the fish for 40 minutes before he was able to reel it in!

According to WFMY News 2, the catch is “believed to be the largest mandarin catfish caught in Europe.”

Webb said, “The whole reason I booked this fishing trip was to catch a whopper, and it was the perfect end to the excursion.”

Before putting the massive catch back in the water, Webb and his two friends took some photos, which really proved just how big it was.

“The fish always get thrown back in the water after we catch them,” he says. “But that memory of holding the whopper in my arms will last forever.”

Watch the video about the man’s catch below.