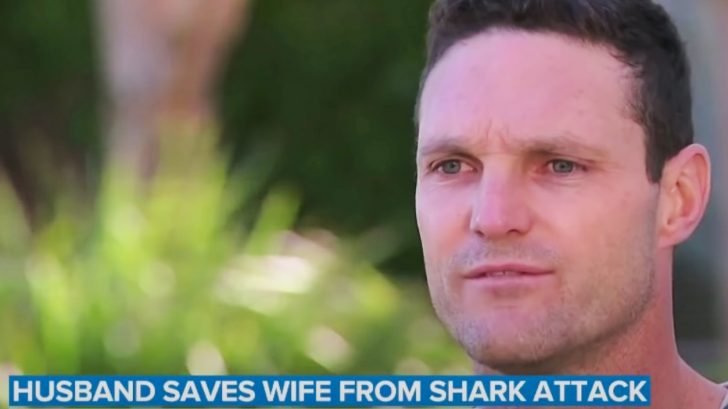 Over an August weekend, married couple Mark Rapley and Chantelle Doyle went to the beach in New South Wales, Australia to enjoy a beautiful day of sun, sand, and surf. Unfortunately, their fun day quickly turned into a horrifying one in the matter of seconds.

They were surfing in the water on August 15, 2020, when a juvenile great white shark, who was reportedly between 6.5 feet-10 feet long, attacked Chantelle, biting her on her right calf.

After she was pulled off her surfboard, she somehow managed to climb back on, but wasn’t free from the shark’s grip yet. Mark paddled around and jumped on the back of his wife’s surfboard and started to punch the shark hoping it would release Chantelle’s leg. Surf Life Saving NSW chief executive Steve Pearce said Mark even jumped on the shark at one point.

“This fella paddled over and jumped off his board on to the shark and hit it to get it to release her and then assisted her back into the beach. Pretty full-on, really heroic,” he said.

Mark didn’t think twice to do whatever he had to do to release its grip on his wife.

“When you see the mother of your child, and your support, everything that’s who you are, so you just react. You just ‘get off that calf,’ that’s all I could think,” Mark said, according to ABC 13.

Mark got her to shore, where paramedics treated her injuries. She was then airlifted to a nearby hospital for emergency surgery, where she is now recovering. Mark told ABC13 that Chantelle is in “good spirits” with a long road to recovery ahead.

Watch Mark talk about the rescue below.