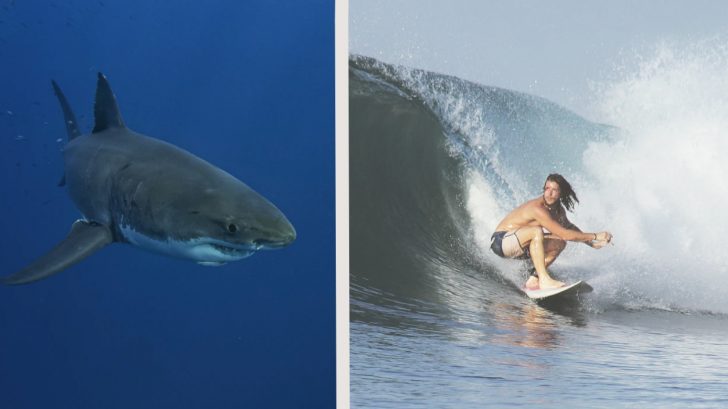 The incident happened in Australia at D’Estrees Bay on Kangaroo Island. A 29-year-old male was enjoying a surf session at this popular surfing spot, known locally as The Sewer when he felt a hit on his left side.

“It was like being hit by a truck,” the victim wrote in a statement shared by Patrick James on Twitter.

It was a great white that ambushed the man, reflecting serious injuries. He bit him around the back, the backside, and the leg before taking a chunk out of his surfing board.

Fortunately, the victim was able to extract himself and paddle back to shore with quite a large shark bite. He walked almost a thousand feet before asking for help by waving to another surfer who was about to go into the sea.

The man was first treated by paramedics on the beach before being airlifted from Kingscote to Adelaide and taken care of at Flinders Medical Center.

“We stabilised him on the side of the road, treated his injuries and managed his pain. The young man sustained serious lacerations and this was to his back, his backside and his thigh. These injuries were consistent with quite a large shark bite,” the paramedics told to The Guardian.

While recovering in the hospital, the man shared his own statement thanking the paramedics who rescued him. Take a look at his statement below.

The 29-year-old victim has written an incredible statement, saying the attack was like being "hit by a truck". He is hopeful he will make a full recovery @theTiser pic.twitter.com/Wkmmj0zpxq