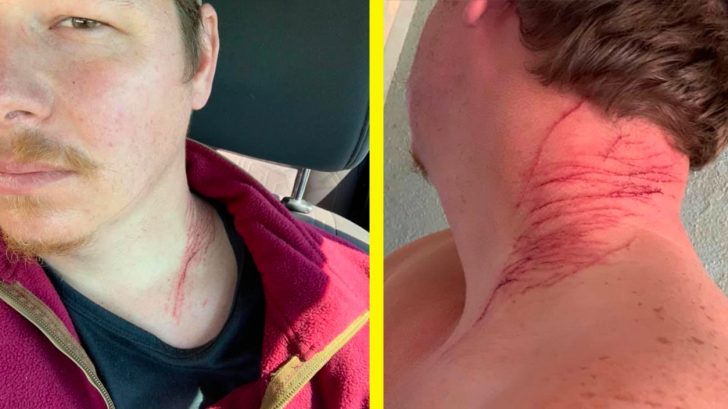 A local man named Stephen Gossow was out for a hike with his dog when he was suddenly faced with more than a few unexpected adversaries — a group of diamondback rattlesnakes.

Gossow said on social media that he and his dog stopped for a quick break when they saw a group of rattlesnakes.

In order to get away from the rattlesnakes without getting bitten, Gossow said he had to carefully watch his step. He stopped to take a handful of pictures when one of the larger snakes began to move toward him. At this point, he knew that he had to make a quick decision to get himself and his dog out of the area safely.

At that point, Gossow and his dog lunged forward to escape the snakes, sustaining some minor injuries along the way. Thankfully, Gossow and his faithful furry companion were able to return home with a crazy story to tell and just a few scratches.

In Gossow’s Facebook post, he admits that he made a rookie hiking mistake — he left without telling anyone where he was going.

Had the incident gone a different way, it may not have worked out so well for Gossow and his dog. Gossow also mentioned the importance of remembering that when hiking, humans are entering animal habitats — and it’s important to act accordingly.