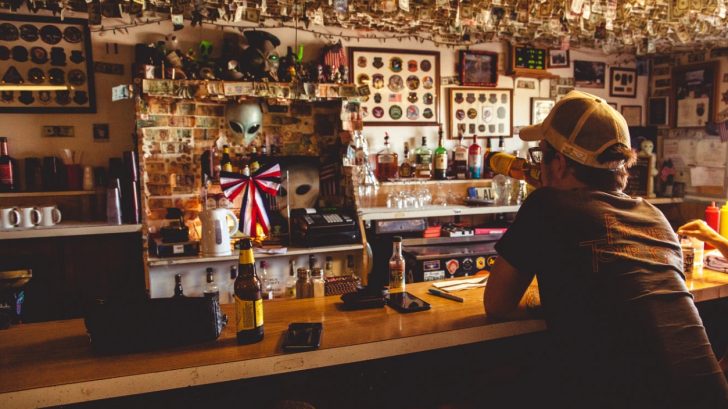 30-year-old Lewis Povey was walking along a road in Warrington, England, on his way to a bar, when he was hit by a vehicle and sent flying into the air. He got right back up only to leave the scene and continue his journey to drink a beer.

It happened at the intersection between Orford Lane and Winwick Road on April 12 right as the lockdown rules were beginning to lift. Lewis said it was 9pm and he was headed for the Original Wire pub.

As he made his way to the intersection, a black BMW was driving a little too close and hit him, sending him flying into the air. Lewis said he suffered injuries to his head, leg, and back, and even though emergency services advised him to go to the hospital, he had one thing on his mind – drinking a beer.

After police spoke to Mr. Povey and the driver about the incident, he was free to leave and did so. However, instead of going to the hospital, he finished walking to the pub, sat down, and had his beer. Mr. Povey eventually went to the Whiston Hospital four days later to do a check for internal bleeding and was found to be just fine.

“The pedestrian and the driver of the car were spoken to at the scene. No-one needed to go to hospital, and no arrests were made,” according to the Cheshire Live.

Learn More About Walking Safely Near Traffic Below