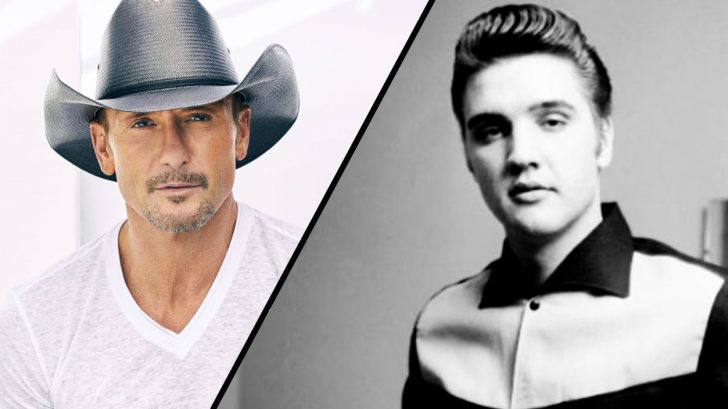 Ten years before Elvis passed away, Tim McGraw was born in Start, Louisiana. He grew up with great respect for Elvis and his music, and that respect remains today.

This year, Tim took to social media to pay tribute to Elvis on the anniversary of his death. He shared a picture of Elvis and wrote a short message about if he had the chance to meet anyone, living or deceased, he would pick Elvis in a heartbeat.

“I’m often asked who I would like to hang out with with living or passed… and there’s no question…The King..” Tim wrote.

I’m often asked who I would like to hang out with with living or passed… and there’s no question…The King.. We lost him 43 years ago today..man he was cool #ElvisPresley

If you ever doubted Tim’s appreciation for Elvis, check out the video below. It was filmed back in 2009 while Tim was performing at a benefit concert. The concert was held for Tim and his wife Faith Hill‘s Neighbor’s Keeper Fund.

During the concert, Tim delivered a cover of “Suspicious Minds.” The song was not original to Elvis, but his 1968 cover was largely responsible for helping reignite his career after a bit of a lull.

Tune in below to watch Tim offer his take on “Suspicious Minds” over 11 years ago. This performance and his recent tribute post to Elvis prove just how much he admires “The King” and always has.