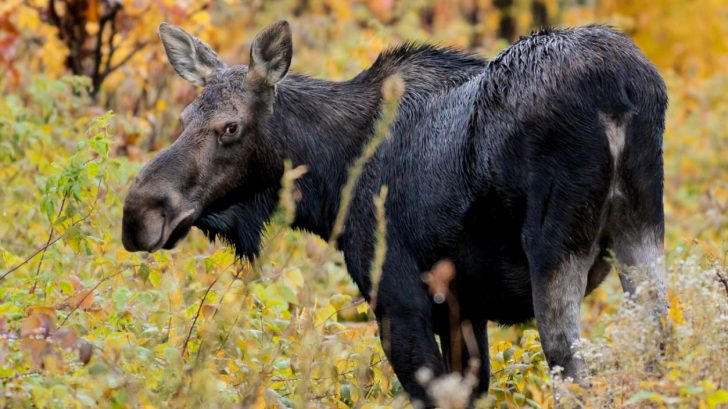 Photo by Zac Durant on Unsplash

A dirt biker has been hospitalized after hitting a moose on Friday (October 2).

WMTW reports the collision occurred in Carroll Plantation, Maine, which is located on the eastern side of the state. The man injured in the accident has been identified as Bob Wakefield.

According to WMTW, Wakefield “was thrown from the bike into rocks in a stream” after striking the moose. The group Wakefield was riding with had to take him five miles away from where the accident happened so an ambulance could reach him.

WMTW reports that Wakefield was transported by helicopter to Eastern Maine Medical Center in Bangor. The outlet says they were told he has “extensive injuries.” There is no word on whether or not the moose survived the crash.

Our prayers go out to Wakefield during this time. We hope he has a quick and complete recovery.

A 2019 press release issued by the American College of Surgeons describes the frequency of moose-related accidents in New England (which includes Maine). As the release states, “More than 500 traffic crashes involving moose occur in northern New England each year.”

The study also noted that moose-related accidents “are most frequent after sunset and, to a lesser extent, near sunrise. However, the risk of fatal collision is almost three times greater at midday than at other times during the day, perhaps because of speed and driver factors.”

Check out the below video to hear from defensive driving instructor Jim Brazil, who offers some tips on how to avoid collisions with moose.