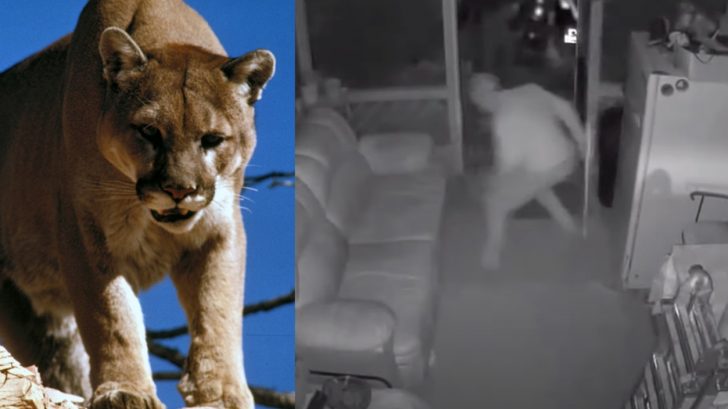 A man from Colorado got the scare of his life after opening the front door to his home and getting clawed in the leg by a mountain lion who was concealed by the darkness of the night.

The man said he initially opened his front because his pet dogs in the house were barking at a loud noise on his front porch. However, when 47-year-old Michael D. Warren went to check on it and opened the door, he was met with a serious surprise.

Michael said, at first, he thought cats were fighting on his front porch. When he opened the front door to check on things, he put his leg in front of the door to keep his pets from running outside and that’s when he was targeted with a leg attack.

The mountain lion ran off into the night after it clawed him in the leg, however, his home security camera captured it all in the video for the world to later see.

The video showed the big cat jumping into the air and bursting through a screened window to getaway. Michael said after the attack, his dogs, Daisy and Harley were in hot pursuit of the mountain lion and he and his buddy called the dogs back to the house as the cat ran across the road.

During the incident, Michael sustained puncture wounds to his lower right leg even though he was wearing blue jeans and long johns, which thankfully, kept the injury from being worse.

“It was a shock and happened so fast, not something you expect when you step onto your porch,” Michael told The Journal. “It just grabbed and latched its claws onto my leg. Luckily my dogs were right behind me and chased it off.”

Watch Footage Of The Attack Below