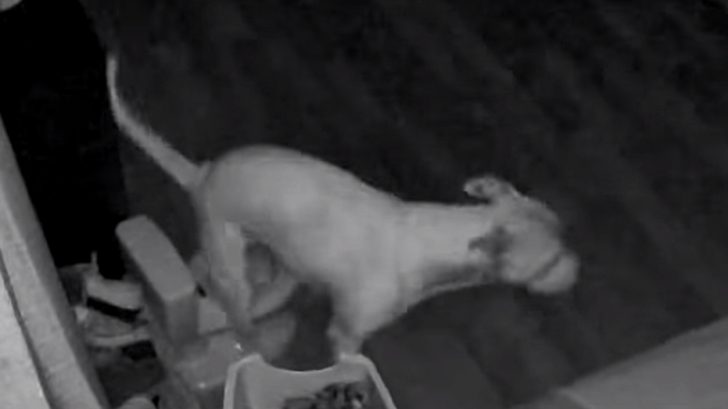 One of the funniest things happened to a dog owner in Lakeside, California when he arrived home from work at 5 in the morning. The man came home to find fresh poop sitting inside his son’s training potty that the family had set up in the living room.

What was strange about it though is the man’s wife was always good about cleaning up after their son did the doo. So the father was fairly confused at what was going on. After asking his wife about it and she said their son didn’t do it, the guy decided to check the security cameras.

Surprisingly enough, when he rewound the security footage he noticed it wasn’t his son at all who did it, it was his dog! That’s right, the dog must have been watching the boy pop a squat on the potty every day and learned that if you’re going to poop in the house then that’s the place to do it.

The camera footage shows the dog walking into the living room around 4 in the morning sniffing around and circling the toilet. Once the dog found the perfect position the pup squatted down on the mini toilet and used it perfectly. It was quite impressive to see the dog was smart enough to do that.

Watch The Dog Poop In The Training Potty Below