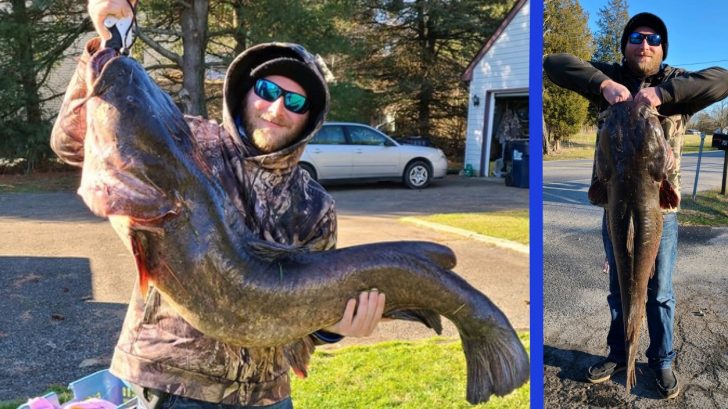 Joshua Dixon from Cecil Country in Maryland reeled in the first-ever state record for an invasive flathead catfish. It weighed 57 pounds and was 50 inches long.

Joshua’s caught the fish on December 27th, 2020, when he was fishing on the Susquehanna River near the Lapidum Boat Ramp. Joshua, who is 34 years old, said it took about 30 minutes to reel in the fish using a zoom plastic swimbait.

“It was really weird because I thought I snagged a tree. It didn’t feel like a fish but after a while, it was going crazy,” CBS Baltimore reported him saying.

The current record at the time was 40 pounds so he beat it by 17 pounds. Jack Manning of Keen Compressed Gas in Elkton and a DNR biologist both certified and confirmed Joshua’s catch as the record-breaker. Joshua ended up donating the fish to his friends who harvested it to make fillets.

The Maryland Department of Natural Resources said that if anglers in the state feel they have caught a record-breaking fish, to call 443-569-1381 or 410-260-8325 and report it. They also recommend immersing the fish in ice water to preserve its weight until they can officially weigh it.