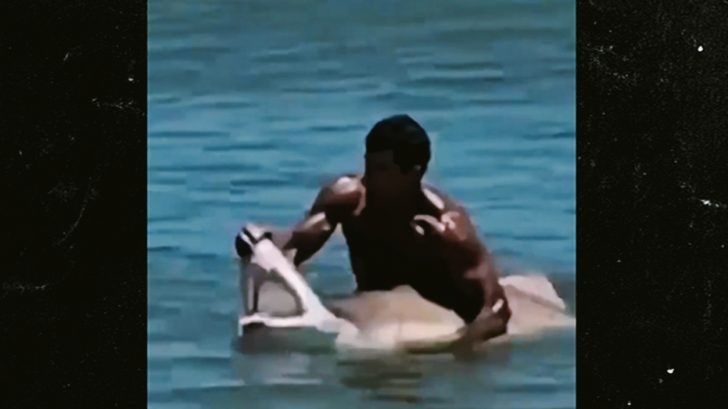 On June 23rd, 2020, TMZ dropped a report showing a video of an anonymous man opening a shark’s mouth with his bare hands in the waters of Henlopen State Park Beach, Delaware while bystanders took pictures.

The outlet reported that the video was filmed over the weekend and shows a man pulling a shark by its tail towards the beach. He then holds the shark in a bear hug right before reaching to the top of its mouth and grabbing it by the upper jaw.

Onlookers watched and cheered in amazement as the man held onto the shark. In the state of Delaware, it’s illegal to fish for or harvest sharks. If accidentally caught, you are required to immediately return it back into the sea.

It’s not fully clear on what type of shark it was but according to the Delaware Division of Fish and Wildlife, sandbar sharks, tiger sharks, dusky sharks, and bull sharks, are all prohibited species to catch and “must be immediately released to ensure maximum probability of survival.”

The individual who shot the video said that the man was a trained shark handler helping his friend who caught the shark while they were fishing. He was removing a hook from the shark’s mouth and releasing it back into the sea, legally.

“He did this by the book and was totally legal with it! His buddy caught a shark [and] he went out [and] opened his mouth to get the hook out. Then he went deeper into [the] water [to] turn the shark around and release it,” the individual who shot the video said, according to Angie Goff.

Watch The Man Grab The Sharks Mouth Bare Hand Below

UPDATE: Person who shot video of man holding shark at a Delaware beach says his friend was removing a hook from the #shark's mouth before turning it around in deeper water to release it @IkeEjiochi reports MORE: https://www.fox5dc.com/video/699308 Fox 5 DC