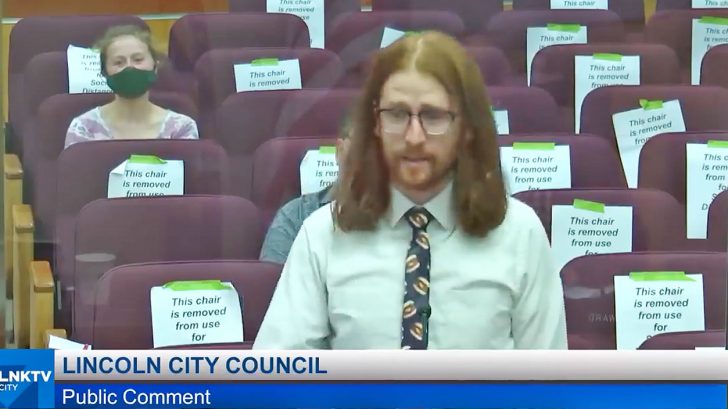 A man in Lincoln, Nebraska is going viral after he presented a rather convincing argument and purposed that the city rename boneless chicken wings during one of their city council meetings.

Ander Christensen is spearheading a campaign claiming that people need to “stop living a lie.”

“Lincoln has the opportunity to be a social leader in this country,” Christensen started out. “We have been casually ignoring a problem that has gotten so out of control that our children are throwing around names and words….I’m talking about boneless chicken wings.”

When he first made his proposition, a member of the audience burst into laughter, to which Christensen turned around irritated and said, “Excuse me!”

He began his argument by pointing out that the meat found in boneless chicken wings does not necessarily come from the wing of a chicken. After that he went on to say that people would be disgusted if a butcher mislabeled cuts of meat.

Comment if anyone besides us has the best wings. ——— ?: @upperfeast

He then wrapped up his speech, saying: “We’ve been living a lie for far too long, and we know it because we feel it in our bones.”

What do you think about changing the name of boneless chicken wings?

Watch the hilarious video below.

Not all heroes wear capes