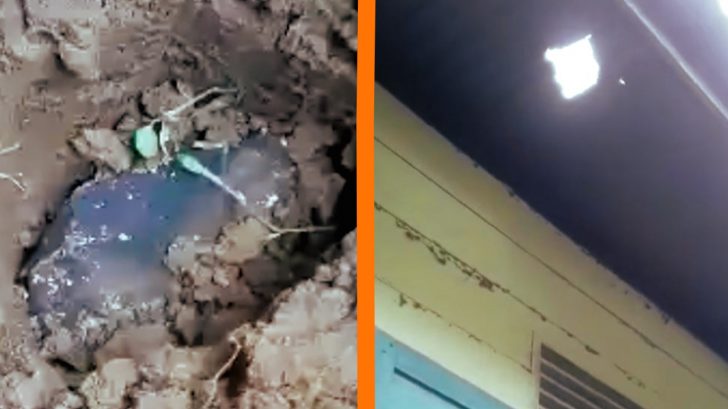 A very fortunate man from India became a millionaire overnight after a meteor came crashing through the roof of his house in the town of Kolang.

Josua Hutagalung, a 33-year-old coffin maker from Sumatra was outside making a coffin on August 1st when the 2.1kg space rock came crashing through the tin veranda that’s outside of his living room.

“The sound was so loud that parts of the house were shaking too. And after I searched, I saw that the tin roof of the house had broken,” Josua told Kompas. “When I lifted it, the stone was still warm.”

The meteorite is carbonaceous chondrite, which is an extremely rare variety of elements that’s estimated to be around 4.5 billion years old. The value per gram is $848.93 which equates to $1,797,600.

US meteorite expert Jared Collins purchased the rock and then sold it to another U.S. collector who is currently storing it at the Centre for Meteorite Studies at Arizona State University.

When The Sun asked Mr. Hutagalung how much he sold it for he did not disclose the exact amount but said it was over £1m ($1,332,575). He added that his plans are to use the money to retire since it covers 30 years’ worth of his salary and then use some of it to build a church in his community.

“I have also always wanted a daughter, and I hope this is a sign that I will be lucky enough now to have one,” he said.