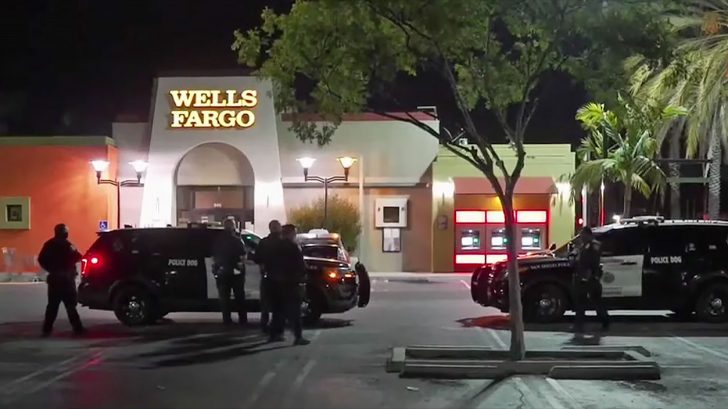 A San Diego man was arrested for breaking into a Wells Fargo bank early in the morning on May 27, 2020, with supposedly no intention to rob the place. According to the culprit, he simply broke in just so he can heat up his Hot Pocket sandwiches.

At around 3:30 a.m., San Diego police were dispatched to the bank after a burglar alarm had gone off. Upon arriving at the scene officers saw a broken window in the drive-through where the burglar  apparently climbed through.

The alarm company told police that surveillance cameras inside the branch showed a man inside the break room heating something up in the microwave.

Nothing else inside the bank was tampered with, and there was no evident attempt at a heist. Police haven’t released the identity of the man but he told ABC News that he was homeless and confessed to eating two Hot Pockets while inside the bank. He even started to sing the Hot Pocket jingle while being handcuffed.

Watch the video below for the whole story.