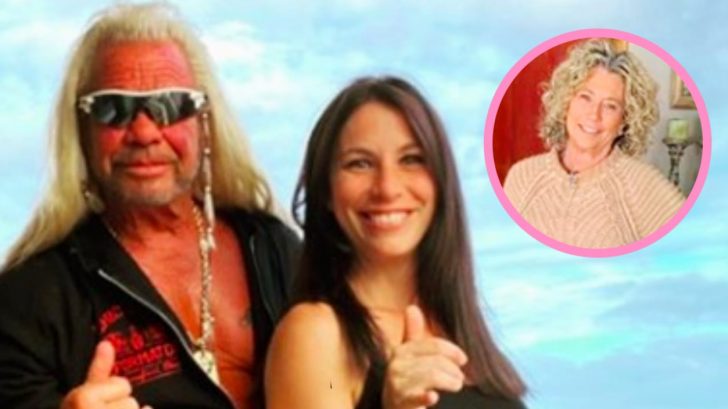 When Dog the Bounty Hunter announced in May that he is now engaged to Francie Frane, his daughter, Lyssa, was quick to voice her support.

Following her dad’s announcement, Lyssa took to her Instagram Story to share her joy. “Welcome to the fam Fran!” she wrote alongside a screenshot of the Sun article announcing her dad’s happy news.

But what Lyssa’s followers didn’t know is she had never met Francie before she and her dad got engaged! She finally got the chance to see her when she and her two daughters went to visit them in Colorado.

Lyssa spoke to The Sun about that first meeting. She said her dad picked them up from the airport when she arrived, and she immediately noticed how “amazing” he looked. “…his skin looks really healthy, he had this glow about him,” she said.

Francie was also there with Dog, and Lyssa said she felt an immediate connection to her. “...as soon as we met, it was like we’ve known each other for 10 years or 20 years or forever,” she said, going on to add they “got along really fabulously from the get-go.”

Dog The Bounty Hunter's daughter Lyssa meets dad's fiancee Francie for the first time and they 'got on fabulously' https://t.co/nVANlp36GZ

Lyssa said she can tell Francie has made a huge impact on her dad’s happiness and health. “She’s very encouraging to his health, and she is very healthy as far as what she puts in her body or puts on her skin,” Lyssa said.

Even though Lyssa and Francie got along swimmingly, Lyssa admits she was a bit scared to meet the new lady in her dad’s life. She was previously outspoken about his relationship with Moon Angell, and worried that would affect how Francie viewed her:

“I was kind of afraid that she would think that I was like a mean horrible person because of things that she’s read about me, especially with past girlfriends,” Lyssa said.

But that wasn’t the case at all, and Lyssa and Francie welcomed each other with open arms. She left from her visiting feeling confident that Francie will look out for her dad and protect him.

“I feel like he’s in very safe hands,” Lyssa said.

Learn more about Francie and Dog’s relationship, their engagement, and what Dog’s children think about it by tuning in to the video below. It’s clear Dog is head over heels in love, and Lyssa can tell!