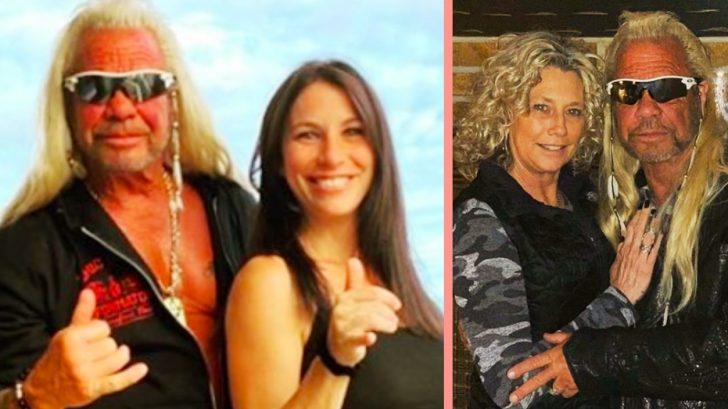 On Monday (May 4), Duane “Dog” Chapman shared the news he is now engaged to Francie Frane!

Dog and Francie confided in each other after they each lost their spouses last year. Dog’s wife, Beth, passed away in June 2019, and Francie’s husband, Bob, passed shortly before she did.

After bonding over their shared sorrows, Dog and Francie formed a friendship, and that friendship eventually turned into a relationship. They went public with their romance in March.

Dog and Francie have spent the past few months gushing about each other on social media, making it clear they’re head-over-heels for each other. Then, Dog made his greatest show of devotion when he got down on one knee and asked Francie to marry him in a candlelit room in his Colorado home.

Francie described the proposal in an interview with The Sun:

“…I came in and he said, ‘I know that God brought you into my life and I don’t want to spend one moment of it without you…And he got down on one knee and he opened the ring box and he said, ‘Will you marry me and spend the rest of our lives together.'”

Now that they’re engaged, the couple has a wedding to plan!

Of course, current circumstances are keeping them from having a big bash anytime soon. But once restrictions lift, Dog says their wedding is going to be “one h— of a party” with their friends, family, and fans.

One person who’s sure to be in attendance at the wedding is Dog’s daughter, Lyssa. She has been a strong supporter of her dad’s new relationship, gushing about “how cute” he and Francie are on her Instagram.

Now, she is happy to welcome Francie into the Chapman family!

Taking to her Instagram Story, Lyssa shared a screen grab of The Sun article which revealed her dad’s engagement news. She expressed her excitement, writing, “Welcome To The Fam Fran!”

You can see Lyssa’s message about her dad’s engagement below.

Some people have criticized Dog for moving on with someone new less than a year after Beth’s passing. But both Lyssa and her sister Bonnie have been outspoken supporters of their dad’s relationship with Francie, and have dismissed those who question his decision to find new love.

Check out the video below to hear how Lyssa and Bonnie have stepped up to defend their dad from critics of his new relationship. It seems they adore Francie just as much as Dog does!