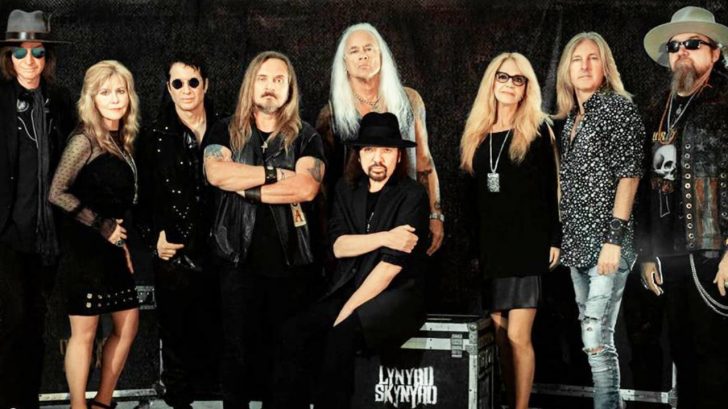 These days, it’s pretty common to hear that your favorite band has postponed or cancelled their summer tour dates because of COVID-19. Although people have been holding on hope that going to concerts and shows would resume in the fall of 2020, it’s looking more and more like that isn’t going to happen.

Lynyrd Skynyrd, who was in the middle of a massive years-long farewell tour, initially postposed their tour dates when the coronavirus outbreak first took place. Now, they are cancelling their remaining dates, including the previously rescheduled ones.

On March 23, the band announced their early May 2020 shows would be taking place in September.

TOUR UPDATE: The May stops of Lynyrd Skynyrd’s Last of the Street Survivors Farewell Tour have been proactively…

On May 1, the legendary band said that with “heavy hearts,” they had to make the decision to cancel the rest of their farewell tour dates for the entire calendar year. The band assured fans that Ticketmaster and Live Nation would be providing refunds.

They added, “There are too many unknown factors and questions to be able to move forward at this point. The band also has high risk members, so the safety of the fans, band and crew are a priority.”

Skynyrd says they hope to hit the road again in 2021.

Dear Skynyrd Nation, It is with heavy hearts that we will not be able to move forward with the arena shows listed…

Even though no one will be catching a live show from Lynyrd Skynyrd this year, they did treat fans to a brand-new release on April 1 called “Last Of The Street Survivors.”

Written by Gary Rossington, Johnny Van Zant, Rickey Medlocke and Tom Hambridge, the song is now available for streaming. The band has also made it available to download for free for one week.

Street Survivors came out 37 years ago today. What's your favorite song on the album?

Gary Rossington is the lone original Skynyrd member still in the band, being the last man standing of the “Street Survivors.”

The artwork for the song appears to be Rossington holding up a microphone stand with Ronnie Van Zant’s hat placed on top, which is how the band has performed the song “Freebird” for many years, paying tribute to their fallen frontman. The names of all the members who have passed away are next to Rossington’s image.

As promised, here’s a little gift from our Skynyrd family to yours – a new song entitled “Last of the Street Survivors”….

Take a listen to the song below.