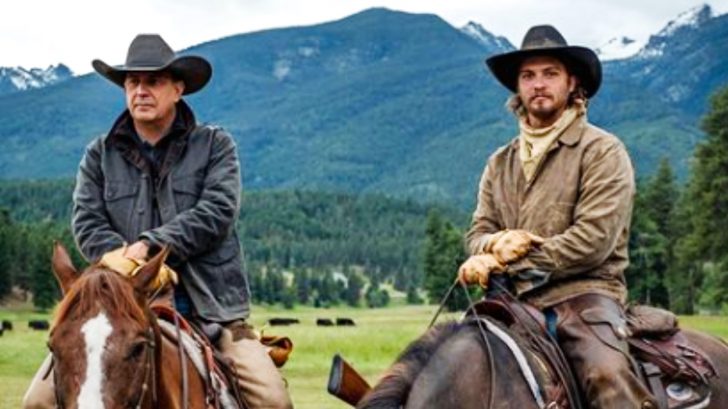 Luke Grimes, the actor behind Yellowstone’s Kayce Dutton, recently opened up about his experience working with Hollywood sensation Kevin Costner.

Yellowstone became an immediate hit for the director and showrunner Taylor Sheridan. The show’s success is partly due to Costner’s skilled portrayal of ranch owner and family patriarch John Dutton.

In an interview with Monsters and Critics, Grimes shared his experience working alongside Costner and admitted that he was a little starstruck. The actor shared:

“Working with someone who is that iconic and whose career is that legendary is always sort of a pinch-me moment, like, ‘Is this real?'”

Costner held his first lead role in the 1987 picture The Untouchables. Since then, Costner has become one of the most renowned American film stars of today.

“It feels like a benchmark in your own career, and you try to soak in as much knowledge as you can,” Grimes explained.

Despite Costner’s success, Grimes explains that Hollywood star’s passion for film making has set to fade. Grimes revealed that Costner likes to “dissect” scenes to milk everything possible out of the fictional moment.

“One thing that I really enjoy to see in him is his passion for the work. It’s still very much there,” Grimes continued, later adding. “He still wants to work and is still very curious and still wants to dissect the scenes and get everything out of the scene that he possibly can.”

For more on the creation of Yellowstone, check out the interview below!