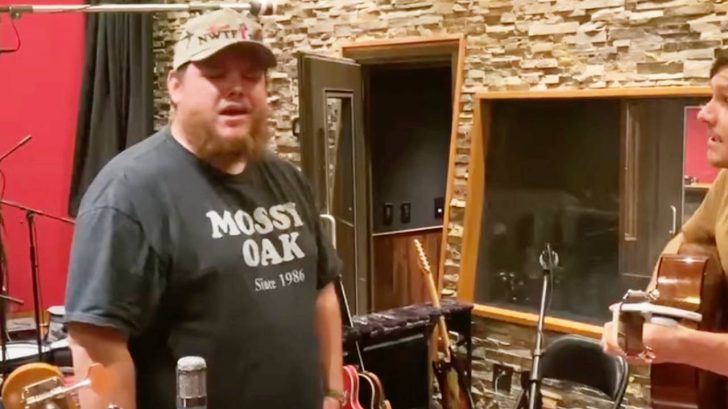 Just hours before he took the stage at the 2021 CMT Music Awards, Luke Combs posted a video of himself on Facebook singing a song we weren’t expecting.

At the awards show, he performed a song that was a bonus track on his 2020 deluxe album What You See Ain’t Always What You Get titled “Cold As You.”

But just a couple hours before that rooftop performance, he shared a video of himself with singer Charlie Worsham singing the iconic Vince Gill song “Go Rest High On That Mountain.”

Gill began writing the song in 1988 after Keith Whitley passed away, but didn’t get around to finishing it until his brother, Bob, died in 1993 from a heart attack. He released it on August 28, 1995 with Ricky Skaggs and Patty Loveless singing background.

“Go Rest High” went on to win Song of the Year at the CMA Awards and Best Male Country Vocal Performance as well as Best Country Song at the Grammy Awards. While it never hit number one on the charts, it is a special song to so many, having been played at countless funerals and memorials.

Standing in a recording studio, the two musicians harmonized on Gill’s emotional song, with Worsham accompanying on guitar. While we aren’t sure when this performance took place, the two did collaborate recently, co-writing a new song “Ever Mine,” which Combs premiered on December 5, 2020.

Whatever the reason for their “Go Rest High” collaboration, we will take it! Hopefully we will get a full version one day, seeing as this video is only 30-seconds long. Watch it below.