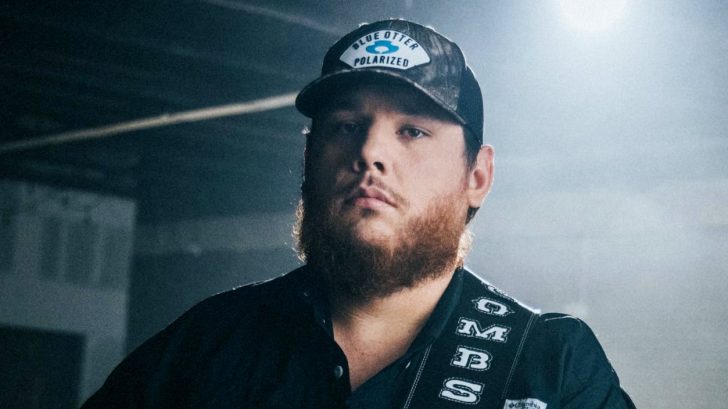 With 14 No. 1 songs, chart-topping albums and sold-out shows, its hard to believe that not everyone saw Luke Combs’ potential when he was on the path to superstardom.

During a recent appearance on the Full Send podcast, Combs reminisced about being rejected by The Voice prior to finding success as a country singer.

Combs shared that he was encouraged by a friend to drive to Atlanta to audition during spring break, and the singer decided he would give it a shot since he “had nothing better to do.”

“I remember getting there….there were thousands of people there. I thought it would be like, you go in and there’s a hundred people there,” Luke remembered. “It was a clown show…this was a big cattle call even before the tv thing.”

The singer recalled questioning why he was there and wondering what the odds were that he would actually make it through the audition. After hours of waiting, Combs finally got his chance to sing for a producer and was asked to stay for another round after singing John Legend’s “Save Room For My Love.” The following day Luke sang for producers again, but the result wasn’t quite what he had hoped for.

“I tell them I want to do a country song, and they are like, ‘Oh, well, you didn’t sing country before.’ I’m like, ‘So I have to sing one kind of [music]? The show is just about being a singer.’ There’s got to be some sort of angle. I got a letter back after the next audition….which, I made it through….and they told me essentially I was too boring to be on television,” Combs shared. “I didn’t make it to the show. I still have the letter in storage that’s like, ‘You’re a great singer, but…’ Essentially it’s about ratings, right?”

Ultimately, the rejection was a blessing in disguise for Luke Combs who took the country music world by storm with the release of his debut single, “Hurricane,” in 2017. That same year, his major label debut album, This One’s For You, reached No. 1 on Billboard’s Top Country Albums chart. That album gave Combs five consecutive No. 1 singles, and after 44 weeks gave him the longest reigning album at the top of the Top Country Albums chart.

In 2019, Combs became a member of the Grand Ole Opry. The singer has continued to release chart-topping songs and set streaming records since, proving that The Voice‘s loss was most definitely Luke Combs’ gain.