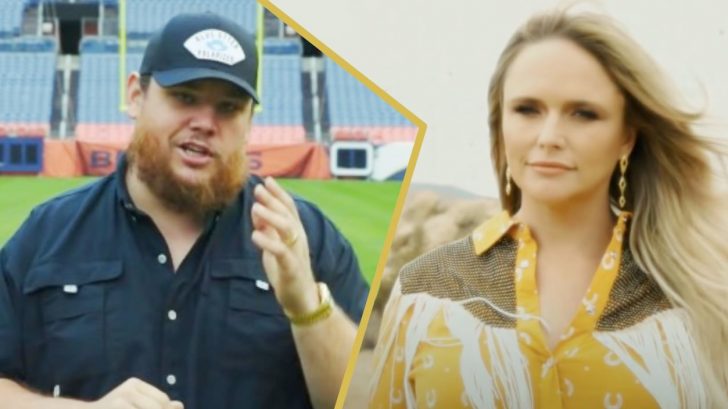 Luke Combs‘ highly anticipated third album is being released on June 24. The album, titled Growin’ Up, features a total of 12 tracks.

Fans were already looking forward to Combs’ new album. But he added to their excitement when he revealed its full tracklist on Tuesday (May 17).

The album will include songs with titles such as “Any Given Friday Night,” “Middle of Somewhere,” and “Call Me.” Combs also revealed in his post that he’ll be releasing the song “The Kind of Love We Make” on June 17.

As if all of that wasn’t thrilling enough, Combs dropped some huge duet news.

Track #5 is called “Outrunnin’ Your Memory.” It’s listed as a duet…and Combs’ duet partner is none other than Miranda Lambert!

Lambert acknowledged the collaboration by commenting a cowboy emoji on Combs’ post about the tracklist. You can see that post below.

This is Combs and Lambert’s first time ever recording a song together, so we can’t wait to hear it! We wonder if they’ll eventually release it as a single?

Which other songs on Combs’ new album are you most looking forward to hearing for the first time? Knowing Combs, we’re sure all of them will be good.