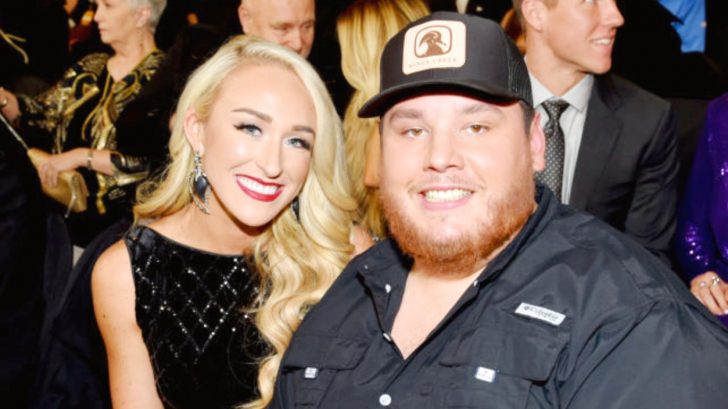 2018 has been a year full of excitement for Luke Combs! The country music powerhouse has scored two number one hits so far this year, with the first being “One Number Away” and the second being “She Got the Best of Me.”

The songs became Combs’ third and fourth number one hits, after previous singles “Hurricane” and “When It Rains It Pours” topped the charts in 2016 and 2017, respectively.

As if having two chart-topping hits in one year wasn’t exciting enough, Combs scored big at 2018’s various music award shows. He was nominated for seven awards total, taking home the first award win of his career at the iHeartRadio Music Awards, where he was named New Country Artist of the Year.

Combs won a similarly titled award at the CMA Awards, where he was named the New Artist of the Year after being nominated for the second year in a row. He gave a passionate speech upon accepting his trophy, proclaiming, “God, I love country music man.”

Before he took to the stage to accept his award, Combs turned to his longtime girlfriend Nicole Hocking for a hug and a kiss. The couple has captured country fans’ hearts over the years, and often gush about one another on social media.

The day after Combs’ big win, Hocking shared a photo of the two of them walking the red carpet together. In the caption, she made it clear just how much she admires Combs and everything he’s accomplished throughout his career.

“no words. you continue to amaze me every day,” she wrote.

no words. you continue to amaze me every day ?

Now, Combs and Hocking can add something else to the list of amazing things that happened to them in 2018.

As the couple announced on social media on Thursday night (November 29), they are now engaged!

They Kept This Secret For A While

The couple shared the happy news by posting the same photo on their social media accounts, which shows them snuggling under a Hawaiian sunset. But according to Combs, the tropical state isn’t the place where he popped the question to his longtime love.

In the caption, Combs revealed that Hocking “said yes a while ago” to his previously secret proposal…which occurred in the kitchen of all places! He said they finally got around to taking photos in Hawaii, thinking it was “a way better place to take pictures than the kitchen.”

She said yes a while ago but this is a way better place to take pictures than the kitchen. Can’t wait to spend forever with you @nicohocking I Love You! #Mahalo

Hocking expressed her overwhelming excitement over the proposal in the caption to her own post, writing “you’re stuck with me forever!!”

She filled the middle of her caption with a series of emojis before writing “I love you sooo much babe.”

you’re stuck with me forever!! ?♥️? I love you so sooo much babe

While the couple hasn’t revealed a wedding date yet, we already know which song Combs should sing if he plans to do so.

That song would be his latest single “Beautiful Crazy,” which he included as a bonus track on the re-issued release of his debut album after it previously caught attention online. Listen to him perform the song in the clip below.

A huge congratulations to Combs and Hocking on their engagement! We wish them many years of happiness together!