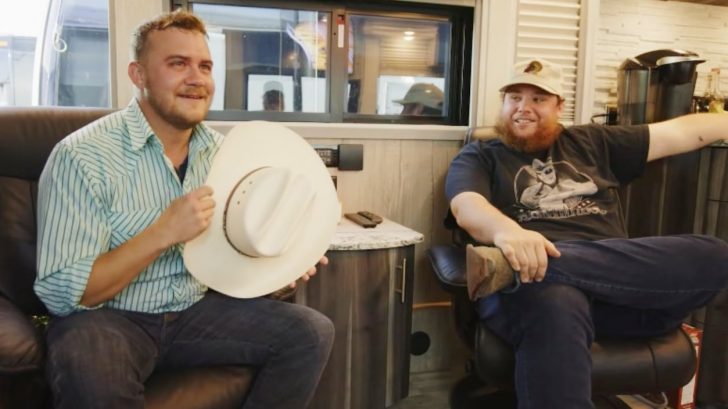 Every country artist dreams of the day they’ll get to perform at the Grand Ole Opry. There is so much history behind the Opry, and country singers young and old have great respect for that history.

So whenever someone gets asked to make their Opry debut, they tend to get emotional. Such was the case when Drew Parker recently received an invitation to appear on the Opry stage for the first time.

Known for songs such as “While You’re Gone,” “The Runaway,” and “Party in the Back,” Parker is one of country music’s rising stars. He earned his first #1 song as a songwriter with Jake Owen‘s “Homemade,” which topped the Country Airplay chart in March 2020.

In an exclusive interview with Sounds Like Nashville, Parker explained how crazy his life got after “Homemade” hit #1. Within 36 hours, that song topped the chart, he had his first child, and he made the decision to quit his job as an x-ray technologist.

Now, just a little over a year after those wild 36 hours, Parker is preparing for his Opry debut.

Parker happens to be good friends with Opry member Luke Combs. He also co-wrote several of Combs’ songs, including “Lonely One,” “1, 2 Many,” and the #1 hit “Forever After All.”

So it only seemed fitting that Combs was the one who surprised Parker with an invitation to perform at the Opry for the first time.

“My buddy Luke Combs surprised me by telling me something I only ever dreamed of!” Parker captioned a video of Combs informing him about his Opry debut. “I’ve always dreamed of playing the Grand Ole Opry and now I get to make that dream come true.”

Parker couldn’t control his emotions, and began crying after Combs extended the Opry’s invitation. You can tell how much it meant to him.

Watch Parker’s emotional reaction by checking out the video below. He’ll be at the Opry on September 14, so be sure to get your tickets if you want to see him perform!