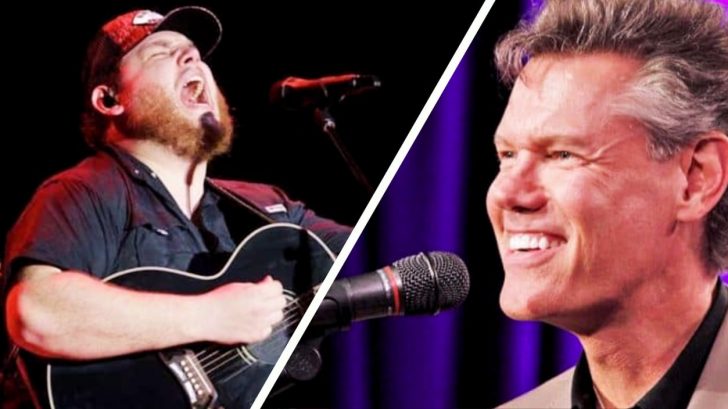 This year has been a monumental one for Luke Combs, and we’re only eight months into it.

A highlight moment from Combs’ year was when he was inducted into the Grand Ole Opry on July 16. Even though he has accomplished so much in his few short years in the business, Combs made it clear that his Opry induction would always mean the most to him.

“I mean to me, this (being inducted into the Grand Ole @Opry) is the No. 1 thing,” he wrote on Instagram following his induction.

As far as career achievements go, I mean to me, this (being inducted into the Grand Ole @Opry) is the No. 1 thing. When I moved here (Nashville), all I knew is that if I could pay my rent and have enough food to eat doing music, then that to me was my definition of “I’ve made it.” I’m the proof that you can do anything that you set your mind to. It’s the relationships with people and the way you foster them that lead to things like this happening. And if I didn’t have a great team, and I didn’t have a great family, and I didn’t have great friends and a great fiancé then I wouldn’t be standing up here today; so I think that would be my biggest takeaway is that you can do anything as long as you have the right people there to help you achieve your goals. This is just… an institution and to me, it’s beyond country music; it is country music. Definitely will and always forever be the No. 1 career achievement for me over winning this or winning that or going to this or selling out that. This is the thing that nobody can ever take away from me, which I think is what I’m so proud of. Video: @zackmassey

On top of being inducted into the Opry, Combs saw his single “Beautiful Crazy” hit number one, has sold out numerous shows, and was nominated for his first Grammy. That’s a whole lot of accomplishments to boast from just one year!

Now, Combs has achieved something else worth noting, especially since he just shattered a decades-old record held by one of country music’s most respected artists.

A few weeks back, it was announced that Combs had tied Garth Brooks‘ record for the third-longest number one run on the Top Country Albums chart. At the time, Combs’ album, This One’s for You, had held the chart’s top spot for 41 weeks. Brooks iconic album No Fences spent an equal amount of time at number one.

Moves on the @billboardcharts: @LukeCombs' 'This One's For You' ties @garthbrooks' 'No Fences' for third-longest No. 1 run on #TopCountryAlbums chart https://t.co/sLxG2vQp0U pic.twitter.com/eUXV0cySxE

On Tuesday (August 6), it was revealed that Combs broke a 31-year-old Top Country Albums chart record previously set by Randy Travis. Travis’ album Always and Forever had topped the chart for 43 weeks, making him the previous second place record holder for the longest number one run on the cart.

Combs’ This One’s for You just broke that record, as it has now spent a total of 44 weeks in the chart’s top spot. He still has 7 weeks to go if he wants to claim the number one spot, which is held by Shania Twain‘s Come on Over.

But even if Combs doesn’t break Twain’s record, he can now say he holds the record for the most weeks at number one on the Top Country Albums chart by a male artist.

As if all of that wasn’t enough, Combs’ newest single, “Beer Never Broke My Heart,” just hit number one on the Country Airplay chart, making it his sixth number one single. Celebrate all of his recent accomplishments by checking out its official music video below!