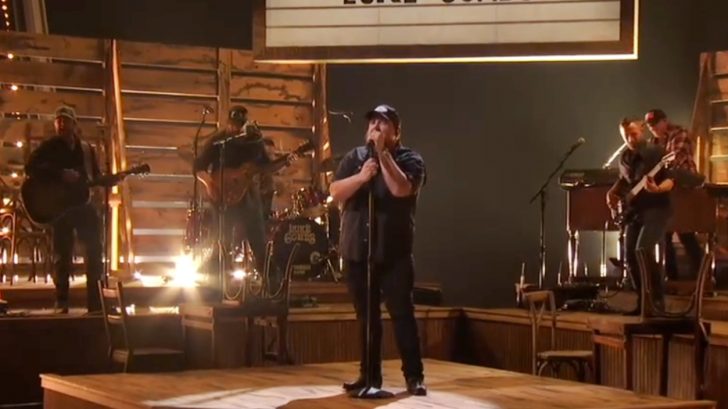 Every year that goes by, this incredibly talented singer and songwriter inches toward the top of the CMA’s list of accolades – sweeping the show with dazzling performances and a huge number of nominations.

For the second year in a row, Luke Combs has been nominated as Entertainer of the Year – no small feat considering he’s been up against country music heavyweights like Carrie Underwood, Eric Church, Miranda Lambert, Keith Urban, and even Garth Brooks.

Now, during 2021’s 55th Annual CMA Awards, Luke Combs has topped the list of nominees once again – up for Entertainer of the Year, Male Vocalist, and Song of the Year.

On top of all that, he also gave an incredible performance…of an unreleased song!

Titled “Doin’ This” this was the first time he’d ever performed the song — and it had everyone in the crowd on their feet!

Simultaneously with the performance of the song, Luke Combs released the full music video on YouTube – check it out below!