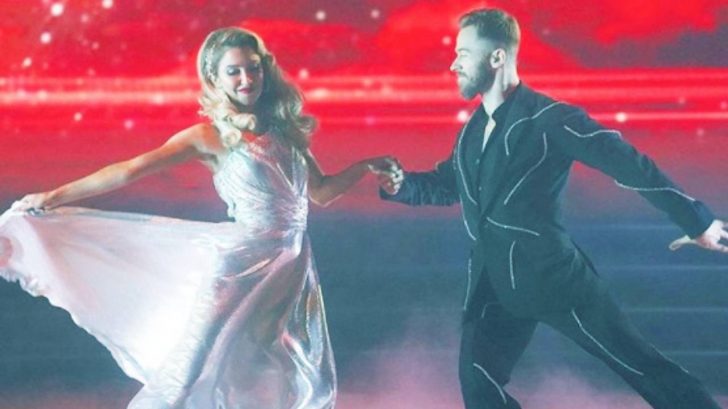 Season 29 of Dancing With The Stars has been captivating viewers since the very first episode on September 14.

Between Tyra Banks taking over hosting duties from longtime hosts Tom Bergeron and Erin Andrews, and Derek Hough joining the judges’ desk, the show has been the talk of the town for several weeks.

It's a ? special ? night on #DWTS tomorrow! What are you most excited for?

Posted by Dancing with the Stars on Monday, September 21, 2020

Week 4 of the competition took place on Monday, October 5 and served as a breakthrough night for most of the celebrities.

One of the standout performances came from former Bachelorette Kaitlyn Bristowe and her partner Artem Chigvintsev. They performed a Viennese Waltz to Luke Combs’ #1 single “Beautiful Crazy,” which Bristowe dedicated to her longtime boyfriend Jason Tartick.

Cheers to you Mr Jason Tartick. Tonight my dance is for you. My rock, my lobster, my rock lobster. You are such a joy to be around. You’re always lifting me up instead of holding me down, stealing my heart instead of stealing my crown. Ok those are kacey Muscraves lyrics but I meant it. You are always there to build me up and champion my dreams. Tonight my dance is for you. I love you ❤️ make sure to tune into @offthevinepodcast tomorrow to hear Jason and I talk about my dancing journey thus far!!! #Dwts #WillYouAcceptThisDance #Bachelor #Bachelorette TEXT KAITLYN TO 21523 TO VOTE AND KEEP ME DANCING ? VOTING OPENS WHEN SHOW STARTS SO SET THE OL ALARM FPR 5 PT 8ET

Their dance to Combs’ song, which he also used as his own wedding song, was so well-received by the judges that they were awarded the very first 9 of the season and were on top of the leaderboard for most of the night with a score of 25/30.

Their crazy is always beautiful to us. ? Comment ♥️ to congratulate #TeamWillYouAcceptThisDance on the first 9️⃣ of the season! #DWTS

This isn’t the first time Bristowe has danced to a country song. During Week 2, she performed a foxtrot to Lee Ann Womack’s “I Hope You Dance.”

Watch their stunning dance to “Beautiful Crazy” below.