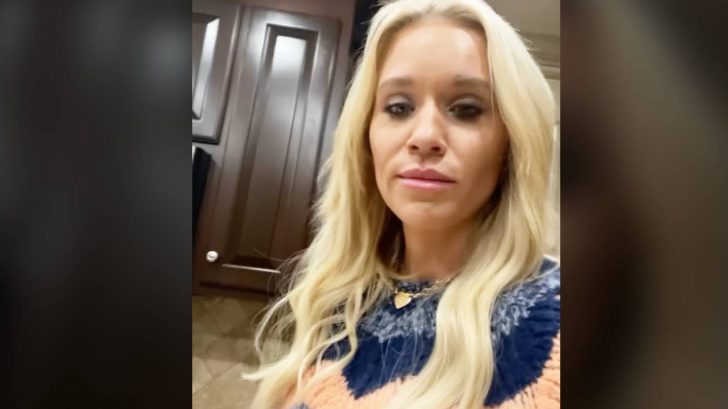 On Thanksgiving, so many dishes are made that there is bound to be at least one fail for the day! Let’s be honest, cooking and baking fails happen to everyone, even celebrities!

Carrie Underwood shared her Thanksgiving fail in 2015, when she attempted to make a pumpkin pie. She shared her “fail” on Instagram and wrote, “On tomorrow’s menu…pumpkin failure a la mode,” followed by the hashtag, “#INeedANewOven.”

Even a more professional cook, like Trisha Yearwood, who has her own cooking show and a few cookbooks, can serve up a Thanksgiving fail! She admitted the “fail” during a media event that was covered by Sounds Like Nashville.

“I make pecan pie every single Thanksgiving. It’s got like four ingredients! How can you screw that up, right?” she remarked.

Yearwood somehow found a way to mess up the recipe, even though she had made it countless times before. She explained that she had to melt a stick of butter to put in the pie, so she warmed it up in the microwave to get it just right. However, she completely forgot that the butter was in the microwave, and proceeded to make the pie without it.

Yearwood said she didn’t notice that anything was wrong with the pie at first, and noted how beautiful it looked. “It looks gorgeous,” she said, “like the pecans I put on top didn’t even sink down in it. It’s like, ‘This is one of the most gorgeous pies I’ve ever made.’”

She finally realized that something wasn’t quite right when she started to serve the pie. As she cut it into slices, she noticed that it didn’t feel or look like it should. When she tasted it, she thought it tasted more like a praline bar than pecan pie. Then it clicked for her…she had left the butter in the microwave and never put it in the pie!

Now, the latest Thanksgiving fail comes from Luke Bryan’s wife, Caroline. In her video, posted to Instagram, she admits that but she volunteered to cook something for Thanksgiving dinner. And then she showed her finished product…which didn’t look like much.

“This is what happens when I say I’ll cook something on Thanksgiving,” she said while showing a pan that had most of its contents missing. She then showed off her oven, which had the remaining contents of her unknown rice dish.

She shared another photo of the oven on her Instagram stories and wrote, “Cheers to our 2 hour clean tomorrow.”

We can add her to the list of Thanksgiving fails! At least she could laugh about it! She also added that she hates cooking, she spilled everything, and that her turkey was five pounds! See the video below.