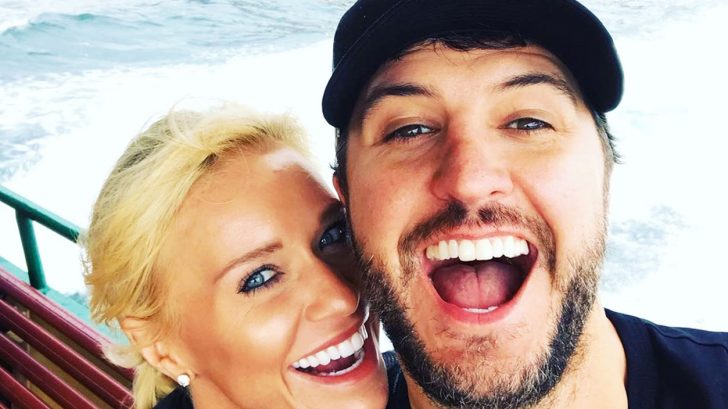 Their love story begins in the fall of 1998. The pair met while they were both attending Georgia Southern University in Statesboro, GA. While Luke Bryan was in his senior year, and Caroline Bryan was only a freshman, he admits he had his heart set on her from first glance. The couple got married on December 8, 2006, and have been going strong ever since.

Thanks #CMAAwards for a good night. Now we’re off for a little vacation

Not long after, Luke and Caroline began growing their family. The couple had their first son Thomas in 2008 and their youngest son Tatum in 2010. In 2014, the Bryans became parents of three more, Jordan, Kris, and Til, after Luke’s sister and her husband’s tragic passing. With not a single bit of hesitation, the couple has been more than grateful for their growing family.

Rollin’ with my homies…..

After 11 years of marriage, one thing still remains clear: they definitely know how to have fun. From their coordinating Halloween costumes to the hysterical home videos, no moments go unnoticed for the Bryans. This year, the hilariously witty Caroline took to Instagram with advice for married couples everywhere.

Caroline posted a photo of her and Luke standing on a beautiful beachfront. With a pastor between them and a drink in her hand, it looks like the pair was getting re-hitched. They were actually just on vacation for another friend’s wedding. Nonetheless, Caroline dished her top two tips for a successful marriage.

Adding that, “Many days I swear Luke needs a hearing aid.”

2 tips for a successful marriage: Have a sense of humor and selective hearing. Many days I swear Luke needs a hearing aid. Congrats @michaelomccurry @jordancaden what an amazing wedding! ?♥️?

Well, you heard it here first Nashville! Laugh a lot and listen a little…

Our favorite pastime is to annoy our children @lukebryan #mommakemesomelunch