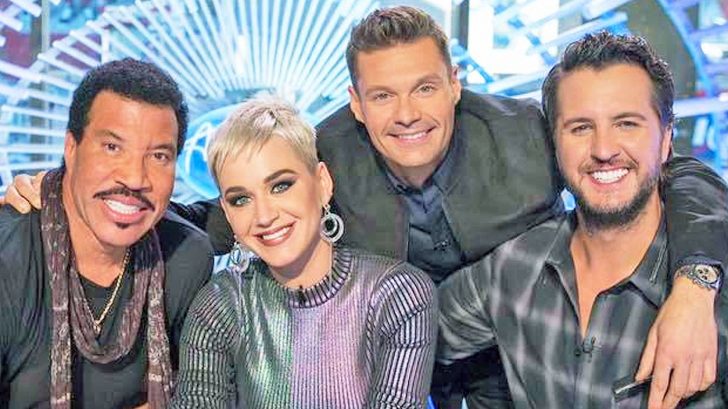 In just a couple months, on March 11 to be exact, ABC’s American Idol reboot will be gracing our television screens with returning host Ryan Seacrest and judges Katy Perry, Lionel Ritchie, and Luke Bryan.

It's Monday Funday when #AmericanIdol is on ?

In an interview with Rolling Stone from the Television Critics Association’s press tour in Pasadena, California in 2018, Bryan revealed what brought him to work on American Idol and Seacrest even spilled some beans about Bryan’s pre-taping ritual.

The “Light It Up” singer also spoke about the success of the country singers that came from the show.

“The main thing with me is I remember when [season four winner] Carrie Underwood rolled into Nashville. It energized the whole city,” he said. “And then you look at [season five finalist] Kellie Pickler, who still has a career in entertainment, and then you look at now [season 10 winner] Scotty McCreery is finally catching his stride as an artist.”

While the superstar had other offers from other singing competition shows over the years, when Idol called, he “jumped right on it.”

Before their dreams come true, they have to go through some rigorous auditions for producers and the judges, which are pre-taped a few months before airing. Host Ryan Seacrest revealed to Rolling Stone one of Bryan’s rituals before every single show and it might not completely surprise you.

He said, “Unlike seasons past, one of the judges goes skeet shooting every morning before the auditions. You guys can guess which one, but it’s true, no matter what city we are in.”

Of course, Seacrest was referencing Luke Bryan! We love that he stays true to his country roots even when he’s in Hollywood!

Hey y'all, check out this video I shot with Cabela's. What's in your nature?

Check out one of the best moments on American Idol  so far, below.