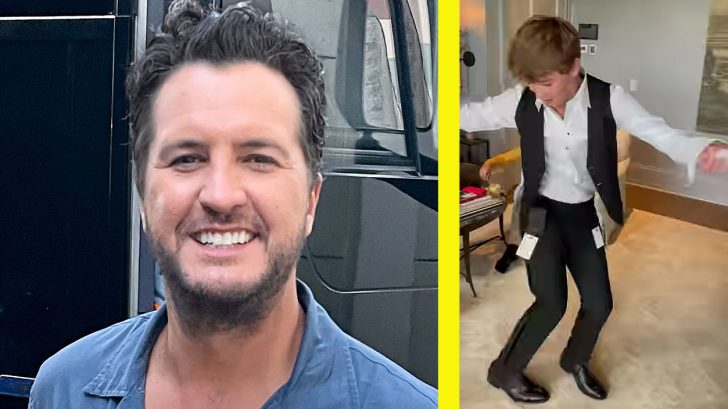 Luke Bryan’s niece Jordan Cheshire is currently in the final week before her wedding and as usual, Bryan’s family is up to their typical shenanigans.

Bryan’s wife, Caroline has been documenting the week of the wedding countdown and posting videos of the family goofing off on her Instagram.

The most recent was sons Bo and Tate getting their final tux fittings. Thirteen-year-old Bo decided that showing off his dance moves was the right thing to do while all dressed up. His mom shared a video of him shuffling across the floor and doing some booty shaking – basically a spitting image of what his father would do onstage.

In the background of the video, Caroline also captured Tate’s reaction. He didn’t seem impressed by his older brother’s dance moves.

“Tate is like me … he just wants to sit down and have a snack,” Caroline added in the comments.

Watch Luke shake it in the video below to see where his son Bo gets it from.