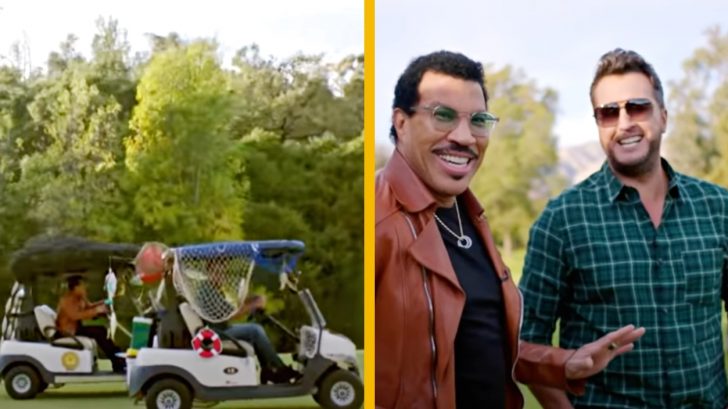 American Idol judges Luke Bryan and Lionel Richie got in the competitive spirit while filming the new season’s California auditions in late 2020.

In a clip from the show, the two judges engaged in an intense golf cart race. Each judge had their golf cart uniquely decorated before the big showdown. Richie’s golf cart was complete with an afro, gold chain, and a disco ball, while Bryan’s vehicle was styled in fishing gear.

The two singers raced across the course and stayed neck and neck for much of the race. At one point, Bryan sticks his foot out as if to sabotage Richie’s gain. Still, Richie struggled to find enough power to overtake the country star. Bryan pulled ahead in the race and ultimately drove through the finish line first.

“I had my pedal to the metal, and I could not get the power that I needed,” Richie admitted.

Richie remarked that he felt his afro created “drag” on the course, while Bryan celebrated his victory with a big “yeehaw!” Despite the loss, Richie remained optimistic about the race.

“You know what? I looked good!” Richie quipped at the end of the clip.

Watch the full race in the video below.