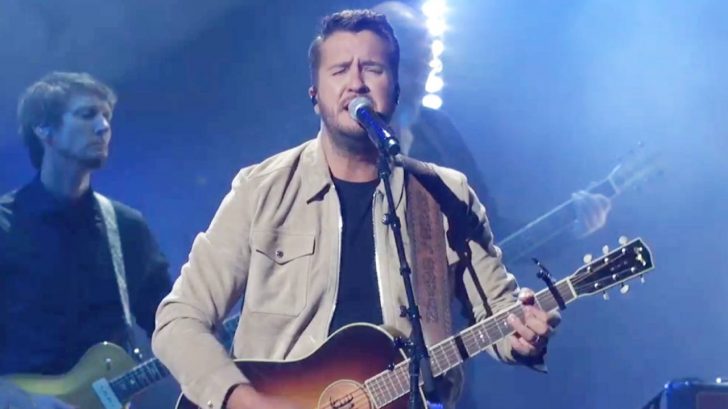 On October 18th, it was announced that Luke Bryan would host the 55th Annual CMA Awards! He is actually the first person to host the awards show solo since 2003.

On November 4th, it was revealed that Bryan would be pulling double duty as a host and performer!

Bryan performed his latest single, “Up,” which was released on October 11. It is the sixth single off the deluxe edition of his album Born Here, Live Here, Die Here. “Waves,” “Down to One,” One Margarita,” “Knockin’ Boots” and “What She Wants Tonight” are the first five singles from the album and all of them have reached number one on the charts.

At the 55th Annual CMA Awards, Bryan performed his heartwarming song, which he has said “talks about what I love and what’s dear to me. Add to that the fact that the songwriters used just a simple word as ‘up’ to create so many images is pretty special.”

After being introduced by Florida Georgia Line, Luke sang his heart out. This single is a sure to be his sixth number one off his album!