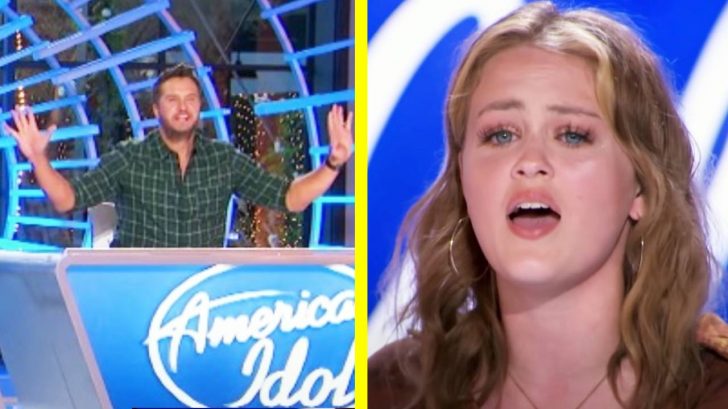 Season 4 of American Idol premiered on Sunday, February 14 and we’ve already been introduced to so many talented singers.

On Thursday (Feb 18), the show released an audition that already has thousands and thousands of views. A 17-year-old by the name of Hannah Everhart traveled on an airplane for the very first time from her hometown of Canton, Mississippi.

When she walked in the audition room, her thick, country accent paired with her Katy Perry looks were enough to win over the judges, but she still had to sing! It was eery how much she looked like the American Idol judge!

The teen revealed she’d be singing “Wayfaring Stranger,” an American gospel song rooted out of the early 19th century, telling the tale of a weary soul and their journey in life.

Just a few lines in, the teen was interrupted.

“Alright, stop!” Luke Bryan said while throwing his hands up in the air. “Quit checking us out to see what our reactions are.”

She started the song over, which delighted the judges much more than her first crack at it. Everhart then admitted she almost sang “At Last” by Etta James, but decided to “play it safe” with “Wayfaring Stranger.”

“Why are you gonna play it safe on American Idol?” Bryan asked.

The judges then asked to hear a little but of “At Last” and Perry even sang along to encourage her. They all seemed more pleased with this audition song, but the video cut off before they voted her through! Guess we will have to tune in on Sunday to see if she gets a coveted golden ticket!

Watch her audition below.