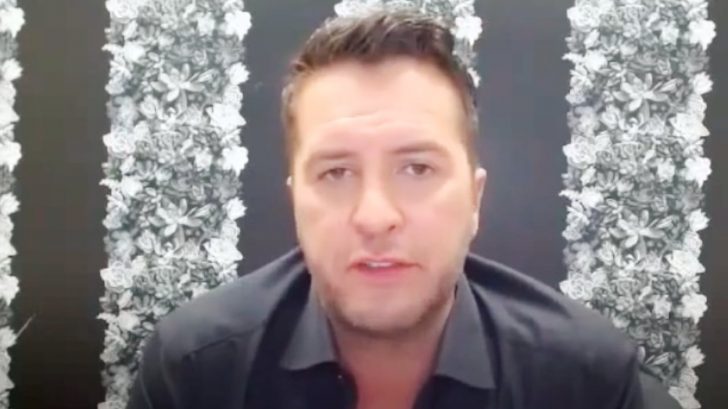 On Sunday night (April 18), Luke Bryan was named the ACM’s Entertainer of the Year. However, he was unable to attend the ceremony in Nashville due to his prior commitment as a judge on American Idol. He was filming the show that night and accepted his award over a video call.

“Y’all got me!” a surprised Bryan said before going on to thank his family, his team, and his fans.

The ACM win came at the end of what was a less-than-pleasant time for the Idol judge.

On April 12, Bryan took to Twitter to announce he had tested positive for COVID-19. As a result, he was unable to film Idol that day.

“I’m sad to say I won’t be a part of tonight’s first live @AmericanIdol show,” Bryan wrote. “I tested positive for COVID but I’m doing well and look forward to being back at it soon.”

Original Idol judge Paula Abdul stepped in as Bryan’s temporary replacement for the show’s April 12 episode. Even though it seemed liked Bryan’s diagnosis was sudden, Abdul said she got the call about filling in for him three days prior (April 9).

We now know that Bryan was indeed well enough to film Idol a week after he went public with his COVID diagnosis. While he’s now on the mend after battling the virus, he experienced some rough days.

“I was very fortunate to not have a long set of symptoms and stuff,” Bryan said while speaking with a virtual press room after the ACM Awards, as quoted by Taste of Country.

But there were a couple days that were worse than others. “It was still quite challenging for a couple of days, but just, thank God for health,” he said.

Bryan gave credit to his wife, Caroline, for “nursing [him] back to health.” Now that he’s feeling better, he says he’s “…really blessed to be on the other side of a COVID-19 diagnosis.”

We’re happy to hear that Bryan is feeling better! Listen to him speak more about his COVID experience by tuning in to the video below.