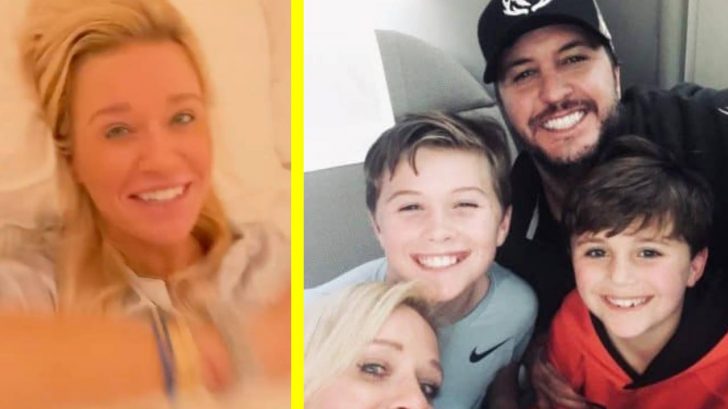 If you have followed Luke Bryan or his wife Caroline on Instagram for a while, we’re sure you were waiting for this video to be posted!

The King and Queen of pranks love messing with each other – and their family and friends – so much that they have a tradition called “12 Days of Pranksmas.” Previous “pranksmas” pranks include airhorns, fart machines, stalker fake outs, prank phone calls, and so much more.

Turns out, Christmas isn’t the only holiday that they have traditions for. Birthdays are a big deal in the Bryan family and everyone gets woken up the same way on their special day – with a song and dance.

We first learned about their birthday tradition in March 2019 when they celebrated their son Bo’s birthday.

“So, uh, it’s early in the morning. It’s Bo Bryan’s birthday, and we do a a tradition every year,” Bryan said on his Instagram story.

That tradition is to wake up the person celebrating their birthday first thing in the morning and ambush them with a dance to “It’s Your Birthday” by 2 Live Crew member Luke.

While Bo didn’t seem to enjoy it, it’s tradition and they do it to every family member!

Luke and Caroline Bryan waking up their son on his birthday! pic.twitter.com/MC2Im2Dp7O

On December 31, Luke and his sons, Bo and Tate, as well as his mom LeClaire, woke up Caroline bright and early with a dance to “It’s Your Birthday.”

“Happy Birthday my love. 41 years looking so fine in the morntin [sic]. I love you to the moon and back. She gets the birthday song,” Luke captioned the video.

This is such a fun tradition, we might start one like it ourselves! Watch the video below.