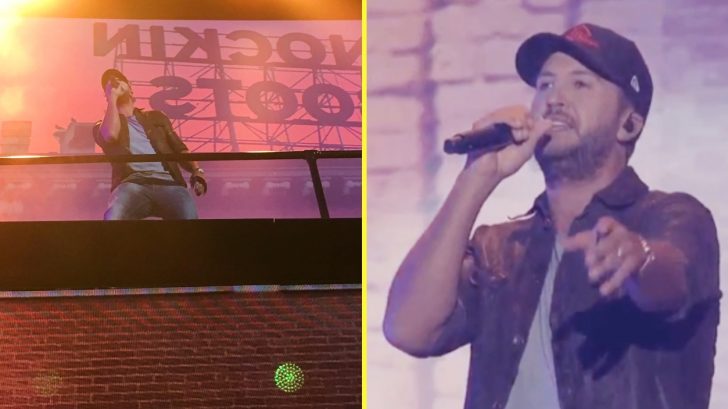 On May 15, CMT revealed it’s first round of performers for the annual CMT Music Awards on Wednesday, June 5.

It included Carrie Underwood, Dan + Shay, Kane Brown, Kelsea Ballerini, Luke Bryan, Maren Morris and Thomas Rhett. Bryan himself shared the news that he would be singing at the awards show live.

He hash-tagged his latest single “Knockin’ Boots,” which led us to believe that’s what he would be performing…and we were right!

Like his previous performance of the single at the ACM Awards (see below), Bryan delivered an awesome set for the crowd at Nashville’s Bridgestone Arena.

Bryan started the performance up in high the rafters of a brick building (which was reminiscent of West Side Story), and as he made his way down, he was joined by lots of dancers! The singer even spun one around when he got to stage level.

Props to @LukeBryanOnline for letting us know what West Side Story would look like in the south. #CMTawards pic.twitter.com/Jcr4vDcxIs

He even treated to the crowd to a little bit of his signature booty shake! The crowd was loving every second of his performance, and so were we. The audience gave him a round of applause and the camera zoomed in on his wife Caroline Bryan, who looked so proud.