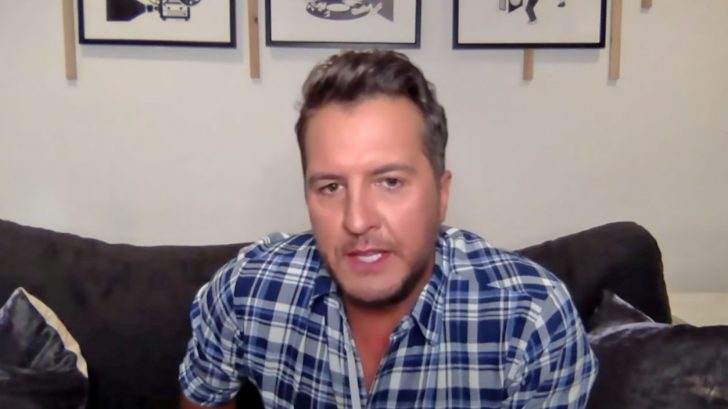 On Tuesday night, August 11, 2020, Luke Bryan made a guest appearance on Watch What Happens Live with Andy Cohen. The interactive talk show features guests from the world of entertainment, politics, and pop culture.

During Tuesday’s show Bryan was asked what his opinion was of Lady A changing their name after 14 years of being known as Lady Antebellum.

“Woo! You know, I don’t think they were anticipating the aftermath of being called Lady A. I can say that for years everyone in the community, in the country music community, has really referred to them as Lady A. I would call and say, ‘Hey, get the Lady A guys on the phone,’ you know?”

Lady A dropped “Antebellum” from their name which was a direct reference to a style of architecture that dates back to the Civil War era. The band made a statement saying:

“We are regretful and embarrassed to say that we did not take into account the associations that weigh down this word referring to the period of history before The Civil War, which includes slavery. We are deeply sorry for the hurt this has caused and for anyone who has felt unsafe, unseen or unvalued. Causing pain was never our hearts’ intention, but it doesn’t change the fact that indeed, it did just that. So today, we speak up and make a change.”

Dear Fans, As a band, we have strived for our music to be a refuge…inclusive of all. We’ve watched and listened more…

Bryan wrapped up his thoughts stating,

“I think it was a great option for them to choose, it just…now it’s tricky. But like I said, who knows what they’ll have to figure out. But god, what a mess. What a mess in the aftermath of removing ‘Antebellum.'”

Watch the video below to see Luke Bryan share his thoughts in the interview.