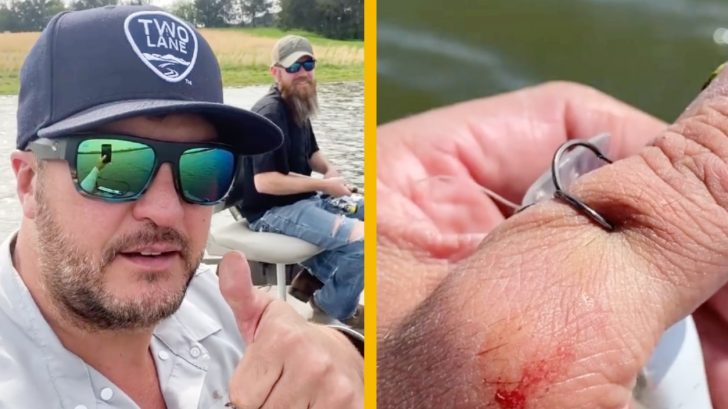 Luke Bryan took a break from his judge seat on American Idol and intended to relax with some fishing. Instead, the country singer suffered an accident and had to seek medical attention.

On Tuesday, Bryan shared a video on Instagram of a hook deep inside his thumb. While the country singer did not explain how the accident initially occurred, the video gave fans a look at the damage. Two of the hooks pierced Bryan’s skin.

While the injury is gruesome enough to make any fisherman cringe, Bryan also revealed that he believed the hook struck into his thumb bone. In the video, the “Huntin’, Fishin’ And Lovin’ Every Day” singer admitted:

In Bryan’s Instagram Story, Bryan joked that while he “ruined” the fishing trip, he would be “back on the water in about 25 minutes.” The country singer also shared a short clip of himself while the hook was being removed. In the footage, Bryan was clearly in a fair amount of pain.

Later, Bryan kept his promise and returned to the water. The country star shared a video of him back on the water. The singer gave the camera a thumbs up and miraculously seemed to be without a bandage.

For more on Bryan, check out the video below.