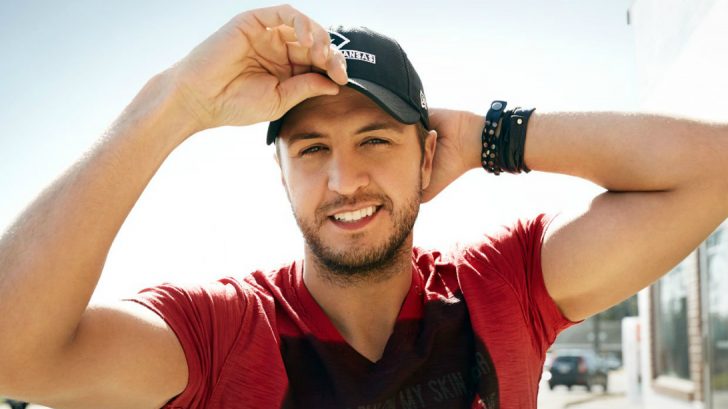 Country music star and American Idol judge Luke Bryan is enjoying some family time in Hawaii while there on his What Makes You Country Tour. Bryan took his family along for the two-show stop in Honolulu and they appear to have stayed a few extra days to enjoy some of the fun Hawaii has to offer.

Luke and his wife Caroline have shared some photos from their trip that has included snapshots of the family sharing Hawaiian shaved ice, going snorkeling, and golfing.

But, it’s the golfing photo that has everyone talking. In the pic shared by Caroline, Luke, his two sons, Tate and Bo, and his nephew Til, are posing on the golf course sans shoes and shirts. “I leave them alone for 2 hours and they change the rules of golf,” the caption reads.

It isn’t the first time Luke Bryan has shown off his “dad bod.” In 2015 some lucky fans were in for a treat when Luke stumbled upon them while out for a run on the beach. One year later, Luke shared a slow-motion video of hitting the waterslide with his boys. The 16-second clip shows the proud dad and his boys rushing down the slide, arms flailing, before they hit the water below.

We think you’ll agree that the latest picture of Luke Bryan golfing shirtless is our favorite. Check it out below.

I leave them alone for 2 hours and they change the rules of golf. Meanwhile….we make snorkeling look soooooo hot! ?‍♀️ @makenagbc