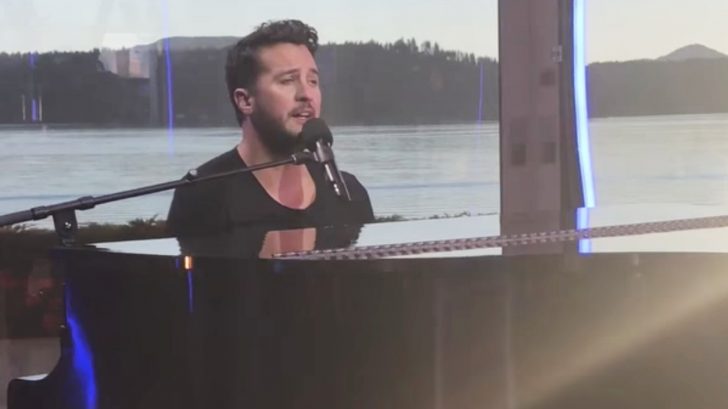 While Season two of the rebooted was being filmed, judges Luke Bryan, Lionel Richie, Katy Perry, and host Ryan Seacrest traveled to Coeur d’Alene, Idaho for another round of Idol auditions.

Time to wake up, Idaho! Idol is here! ? #TheNextIdol

As you can imagine the audition part of the show is a huge process. Sometimes, it even takes all day long to complete one city! In between singers, however, the judges do get some downtime and there’s one thing they definitely do to pass the time – sing!

Luckily, there was a piano at the auditions and Bryan sat down to play one of the most iconic country songs of all time, Willie Nelson’s “Always On My Mind.”

While Nelson did not write the heartbreaking ballad, he made it unlike any other version we’ve heard before, a testament to his incredible talent as a storyteller. “Always On My Mind” was written by Johnny Christopher, Mark James and Wayne Carson and first recorded by B.J. Thomas in 1969, followed by a slew of singers before Nelson got his hands on it.

Nelson’s 1982 rendition was one of the most successful versions, winning three Grammy Awards: Song of the Year, Best Country Song and Best Male Country Vocal Performance.

When sitting down at the piano in between Idol auditions, Bryan seemed to channel his inner Red Headed Stranger, because the way he was singing was as though he was trying to mimic Nelson’s natural vibrato, which adds to the song and always catapults our emotions into high gear.

Bryan himself said on Instagram, “I just can’t help myself when there is a piano around,” so maybe that means we’ll be seeing more spur of the moment performances from the “Most People Are Good” singer.

Watch Bryan perform “Always On My Mind” in the video below and let us know which song you want him to sing next!

Auditions intermission with Luke Bryan on the ?! Volume up! ?