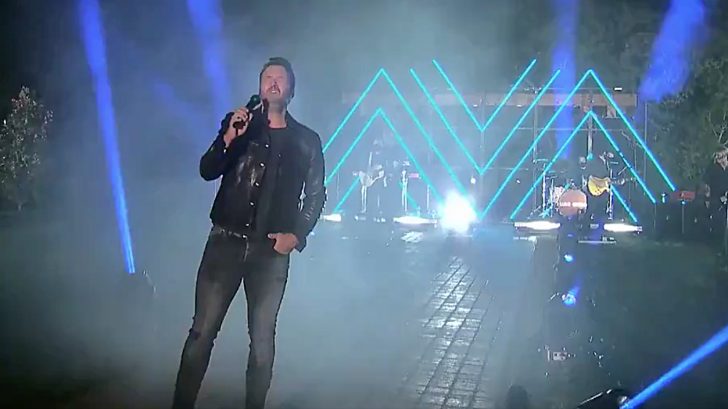 Luke Bryan took the 2020 CMT Awards stage to perform his hit single “What She Wants Tonight.”

“What She Wants Tonight” comes off of Luke’s seventh studio album, Born Here Live Here Die Here that released in early August 2020. It is the second single off the album, after “Knockin Boots,” and before “One Margarita.” The album debuted at number one on the US Top Country Albums chart, becoming Luke’s eleventh US Top Ten album.

Due to the ongoing pandemic, the 2020 CMT Awards looked a tad different this year, pivoting from a huge celebrity and fan-filled live arena to a more intimate multi-location production with some pre-taped performances and special live elements sprinkled throughout.

The CMT Awards called upon some of country music’s biggest stars, including Luke Bryan, Ashley McBryde, Shania Twain, Luke Combs, and Brooks & Dunn to ensure an impressive night of performances.

Luke won Male Video of the Year  tonight for his hit song “One Margarita.”