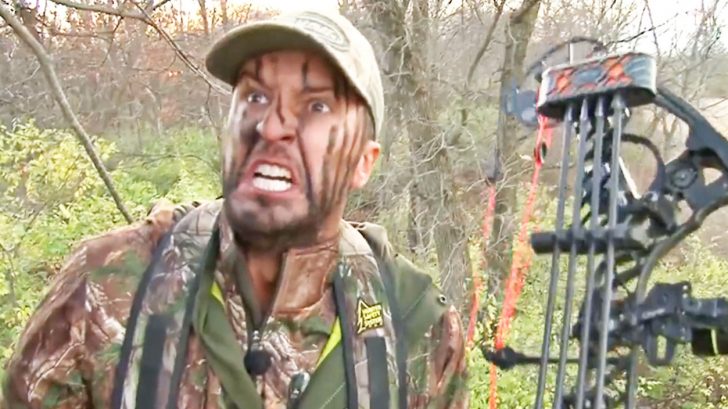 One of the best parts of being a fan of Luke Bryan’s is the passion and enthusiasm he brings to everything he does from singing and performing to being a dad and a businessman.

Like Robertson’s other company, Duck Commander, the Buck Commander guys also shoot hunting videos for their fans, and while on a hunt, Bryan showed just how enthusiastic he is for the sport.

After shooting the deer, Bryan visibly freaks out, repeatedly asking his buddy, “Is he down?!”

According to Aldean, Bryan’s excitement in this video isn’t a one-off. He is like this every time he shoots a deer. If we didn’t know better, we would have thought from his reaction, it was his very first kill!

Bryan was shaking in disbelief, asking his buddy, “Did I smoke him?” Once he hung his bow up, he put his hands on his hips and looked like he was finally calming down.

“I think it just goes to show you what a passion he has for hunting and how excited he gets after all these years later, no matter many times you get big deer out in front of you, or you shot deer, you know, he still has that same passion for it as he did when he was first getting started and I think you can see that in his reaction,” Aldean said.

Is he down? Luke Bryan