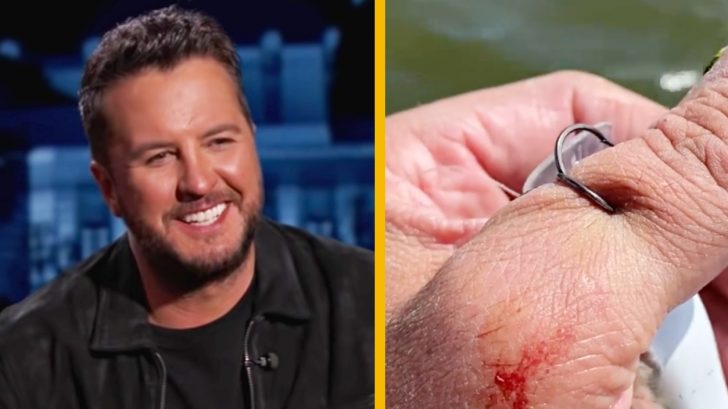 Luke Bryan set the record straight about his fishing injury during an appearance on Jimmy Kimmel Live.

Bryan shared a video on Instagram of a hook deep inside his thumb. While the country singer did initially not explain how the accident occurred, the video gave fans a look at the damage. Two of the hooks pierced through the country singer’s skin. Bryan also revealed that he believed the hook struck into his thumb bone. In the video, the “Huntin’, Fishin’ And Lovin’ Every Day” singer admitted:

In the interview with Kimmel, Bryan explained that the injury occurred at his home pond. The country star and his guitar tech were fishing at the lake for bass, but Bryan accidentally caught a “slippery” trout.

“I’m taking the hook out, and just the trout kicked, slipped, and the hooks went right through my hand,” Bryan admitted.

Bryan joked that while he “ruined” the fishing trip, he would be “back on the water in about 25 minutes.” The country singer also shared a short clip of himself while the hook was being removed. In the footage, Bryan was clearly in a fair amount of pain.

Later, the country star shared that the two had returned to the water. The singer gave the camera a thumbs up and miraculously seemed to be without a bandage.

See the full interview in the video below.