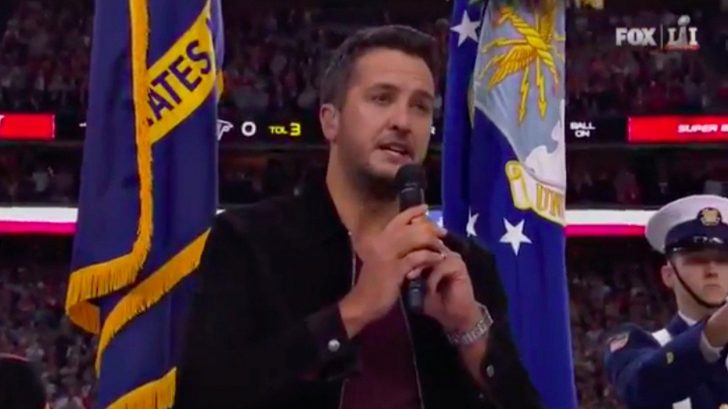 Country singer Luke Bryan gave the performance of a lifetime when he had the privilege of singing “The Star-Spangled Banner” at the Super Bowl during the 2017 Super Bowl LI.

The two-time Academy of Country Music and Country Music Association Entertainer of the Year took the responsibility very seriously and put a great deal of time into practice and research. On Thursday, Bryan told reporters that he was inspired by those who have opened the NFL’s biggest game in the past.

“Through this process, I’ve kinda gone back through the years and watched how people approached the anthem,” he said, “and just tried to figure out in my mind how I wanted to approach it.”

In the end, Bryan decided to make the song his own while doing it justice. He told Rolling Stone that he had just one goal for the performance, to “just really really do a great job singing the anthem and try to honor the country as best I can, and honor our veterans.”

Check out Luke Bryan’s stunning performance of “The Star-Spangled Banner” below.