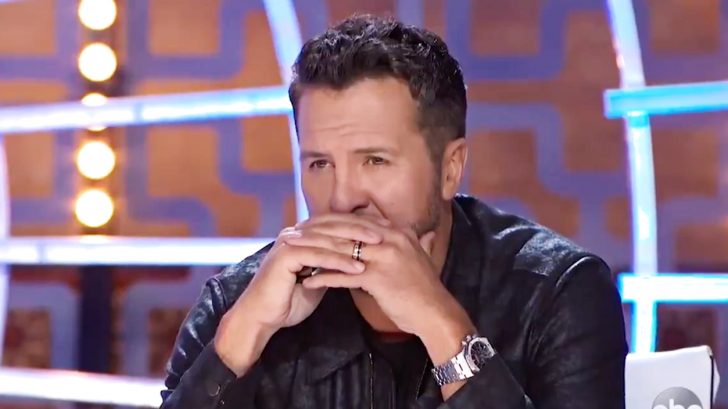 Luke Bryan is not someone who quickly turns on the waterworks, but in a sneak peek of American Idol’s new season, the country star becomes emotional.

American Idol is returning for its fourth season (since its reboot) on Valentine’s Day, and ABC gave fans a sneak peek of the competition. The show is back to full-scale production, which will differ from last season’s at-home performances due to COVID-19.

Longtime host Ryan Seacrest is set to return to the show, along with contestant mentor Bobby Bones. Luke Bryan, Katy Perry, and Lionel Richie will also reunite as judges for the anticipated fourth season.

In a released teaser, ABC treated fans to a glimpse of auditions and new contestants. In one clip, Luke and Katy even tear up over a heartfelt performance. In the footage, Luke states:

“This is the first time that just someone singing made me cry.”

Fans are curious to see why Luke struggled to hold back tears. The country star’s reaction suggests that season four could be American Idol’s most talented year yet.

Watch Luke’s reaction and the full teaser below.

It’s the Idols for me ?✨! New @AmericanIdol coming at y’all on February 14th! pic.twitter.com/IYkmVGQ5mB

You can check out some of Luke’s funniest American Idol moments in the next video!