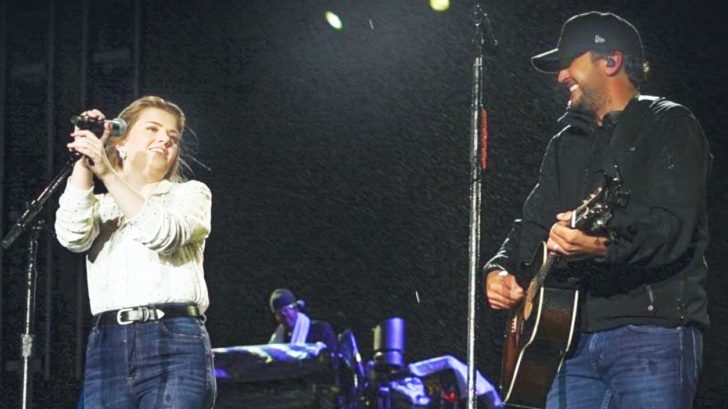 Kid Rock and Sheryl Crow‘s early 2000s hit, “Picture” is a slow-burning ballad that hits you right in the feels. When writing the song, the two artists had no clue it would go on to be one of the most covered songs of our generation.

The duet jumps back and forth between two people who are obviously still in love but are no longer together.

With lyrics like, “I found your picture today/ I swear I’ll change my ways/ I just called to say I want you/ To come back home” the song speaks to anyone who has been through a tough breakup with someone they just can’t seem to get over.

“Picture” ended up being Kid Rock’s highest-charting single in the US when it peaked at #4 in April 2003. Since then, hundreds of artists have covered the song… but no one did it like this.

Maddie Poppe joined Luke Bryan on stage at his 2018 Farm Tour to cover the famous song, and it was absolutely magical. But we should have known that from the automatic bond the two artists had when they met.

Poppe auditioned for Season 16 of American Idol with a cover of Willie Nelson’s “Rainbow Connection.” Her unique vocals and ability to play several instruments had the judges almost falling out of their chairs!

At the end of her performance, Bryan had nothing negative to say. He told the young artist, “I’m not critiquing you, I’m just saying yes.” As he handed her the Hollywood Pass he informed her that she was “the first one of these I’m giving this out to.”

The instant connection would turn into a future career for the rising star. Maddie went on to win season 16 using her guitar, piano, ukulele, and killer vocals to beat out the heavy competition.

Fast forward to Bryan’s Farm Tour and the American Idol judge realized the perfect vocal partner to accompany him for the duet was none other than Maddie Poppe.

It was a cold one Iowa but that didn’t stop us from a good time. Thankful we got to bring out the hometown girl, @maddiepoppe for a couple songs. #FarmTour2018 week 1 is in the books. Thanks to everyone who came out.

Standing atop a rain-drenched stage, the two artists belted out the gloomy tune to a screaming crowd. You could hear the entire audience singing along – obviously fans of the artists on stage and of the song.

When it gets to Sheryl Crow’s solo lines in the song, Bryan gives the stage to Poppe and tells her to “sing to em’ Maddie.” She steps up to the mic, opens her mouth and lets out one of the most beautiful renditions of the song we have ever heard.

Here’s to hoping for many more duets like this one from these two sensational country stars. You can watch their full performance below and let us know what song you think they should cover next in the comments!