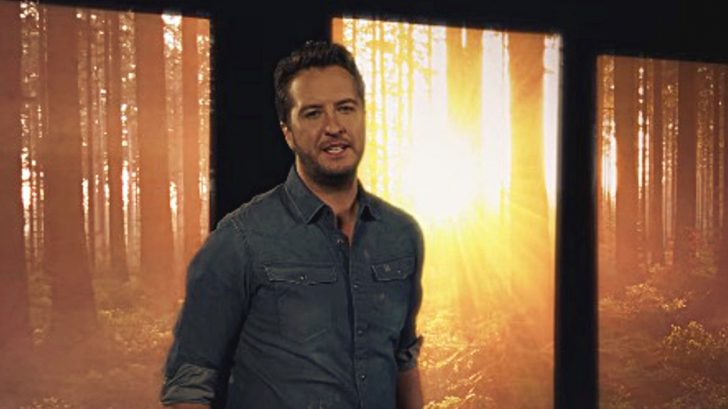 The first time Luke Bryan heard the song “Most People Are Good,” he was enchanted. He felt an intense draw to the song’s positive message, which is all about how the world isn’t as bad as it sometimes seems.

“It was something that I felt like that people always need to be reassured that there’s way more good going on than negative,” Bryan said in an interview with iHeart Country.

With delicate instrumentals and a heartfelt performance from Bryan, “Most People Are Good” is definitely on the softer side where his songs are concerned. But that didn’t keep it from becoming a hit.

As proof of the song’s appeal, “Most People Are Good” reached the top spot on the Billboard Country Airplay chart. In addition to that, it climbed as high as the fourth spot on the Hot Country Songs chart and the 43rd position on the all-genre Billboard Hot 100.

A song as moving as “Most People Are Good” deserves a music video to match. So Bryan and his team worked to craft the perfect video for the song.

Like the song itself, the video for “Most People Are Good” takes on a no-frills approach. The video shows a simply dressed Bryan standing against a black background, while video screens behind him play various scenes from everyday life.

Bryan is joined in the video by people of all ages, races, and walks of life. These people help illustrate some of the things that Bryan sings about in the song. For example, a set of lines about children is emphasized by showing two young boys with their arms around each other.

By combining the song with touching images and interactions, the music video for “Most People Are Good” appeals straight to your emotions. Tears will be rolling down your face by the time you finish the video and reflect on the beauty you just witnessed.

Go ahead and tune in to the new video for “Most People Are Good” below. Whenever the world seems bad, your heart can find comfort in watching this.